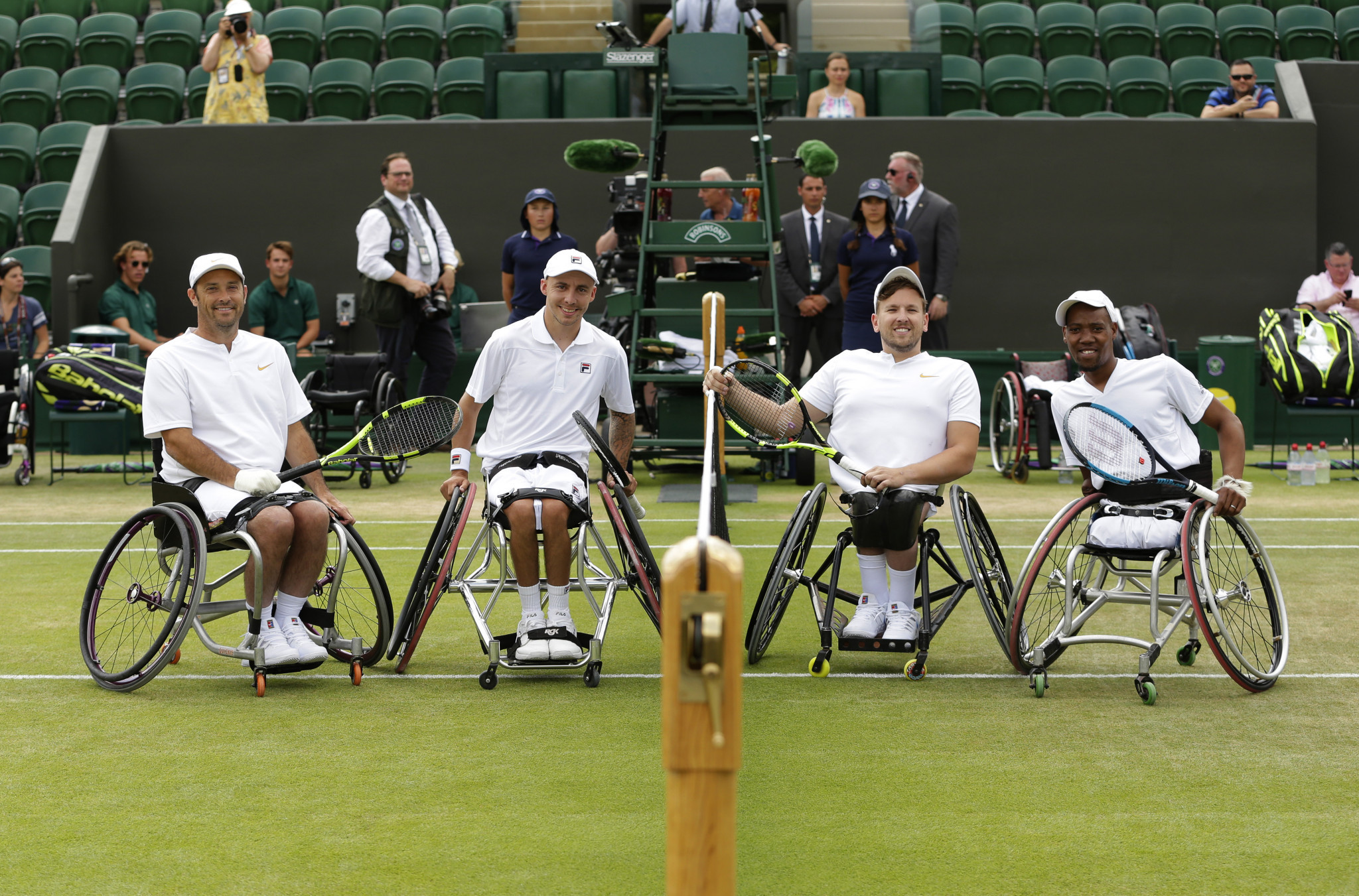 Australia’s Dylan Alcott, The Netherlands' Diede de Groot and Argentina’s Gustavo Fernández will continue their individual quests to become the first player to win a calendar year Grand Slam of wheelchair tennis singles titles this week at Wimbledon, where quad singles and doubles events are included on the competition schedule for the first time.

She will be aiming to complete a hat-trick of Wimbledon women’s singles titles, having beaten Germany’s Sabine Ellerbrock in the 2017 final and compatriot Aniek van Koot in the 2018 final.

World number two Yui Kamiji of Japan lost out to Ellerbrock in the 2017 semi-finals and to Van Koot in the 2018 semi-finals, and the six-time major winner will be hoping to vastly improve on the last two years as she bids to join De Groot in competing a career Grand Slam.

Fernández, who continues to jostle with current men’s singles world number one, Japan's Shingo Kunieda, at the top of the UNIQLO Wheelchair Tennis Rankings, became a four-time Grand Slam champion last month after claiming his second French Open title to add to his second Australian Open title won in January.

In the three years since wheelchair singles events made their Wimbledon debut, Sweden’s Stefan Olsson and Great Britain’s Gordon Reid have shared the men’s title.

Reid, who at the French Open reached his first Grand Slam singles final since 2016, took the inaugural crown, while Olsson has defeated Fernández in two three-set finals since 2017.

Kunieda will set out in search of the only major singles title to have so far eluded him in his quest to complete a career Grand Slam under the current quota of events.

Kunieda has already won the Australian Open, French Open and the US Open in the same calendar year on five separate occasions before Wimbledon introduced wheelchair tennis singles events in 2016.

Alcott’s second appearance at Wimbledon will see the world number one line up alongside the United States' David Wagner and Britain’s Andy Lapthorne, two of the three players who joined him on court for last year’s quad doubles exhibition at The Championships.

Koji Sugeno of Japan completes the field of four quad division players, having made his Grand Slam debut at the French Open, while Lapthorne takes his place in the line-up after being awarded the wild card slot.

Alcott, Wagner and Lapthorne all arrive at Wimbledon as current or former Grand Slam singles champions.

Wagner is a three-time Australian Open and three-time US Open champion, while Lapthorne overcame Wagner to win the 2014 US Open title.

As at the French Open last month, the quad singles draw will be played as a knockout event as opposed to starting in the round-round format traditionally used at the Australian Open and the US Open.