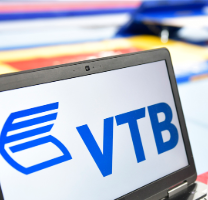 Russian bank VTB has renewed its sponsorship agreement with the International Gymnastics Federation (FIG) for 2019, extending financial support that has been in place since 2009.

The agreement between the FIG and VTB was signed during the first Junior Artistic Gymnastics World Championships, held in Győr in Hungary.

As in previous years, it provides financial support for the gymnastics disciplines and for the development funds aimed at the continental unions.

For the first time this year, a "VTB prize for accuracy" will be awarded at the Trampoline Gymnastics World Championships by a specific jury.

The new $5,000 (£4,000/€4,500) prize will reward both the male and the female athletes who performed the most accurate exercise in the individual trampoline competitions.

The 2019 World Championships are due to take place in Tokyo from November 28 to December 1.

"It is important for a federation like ours to know that it can count on a long-standing partner to continue its development programmes and provide support for the continents," FIG President Morinari Watanabe said.

VTB is at the centre of a major controversy involving the International Association of Athletics Federations (IAAF).

Former IAAF President Lamine Diack, charged in 2015 with accepting millions of dollars in bribes to cover up failed Russian doping tests, is accused of exploiting his position to enable his son Papa Massata "to appropriate IAAF receipts from sponsors", including VTB.

Papa Massata Diack, a disgraced former marketing consultant of the IAAF who refuses to leave Senegal, is set to face trial for complicity in corruption and money laundering, according to the French news agency.