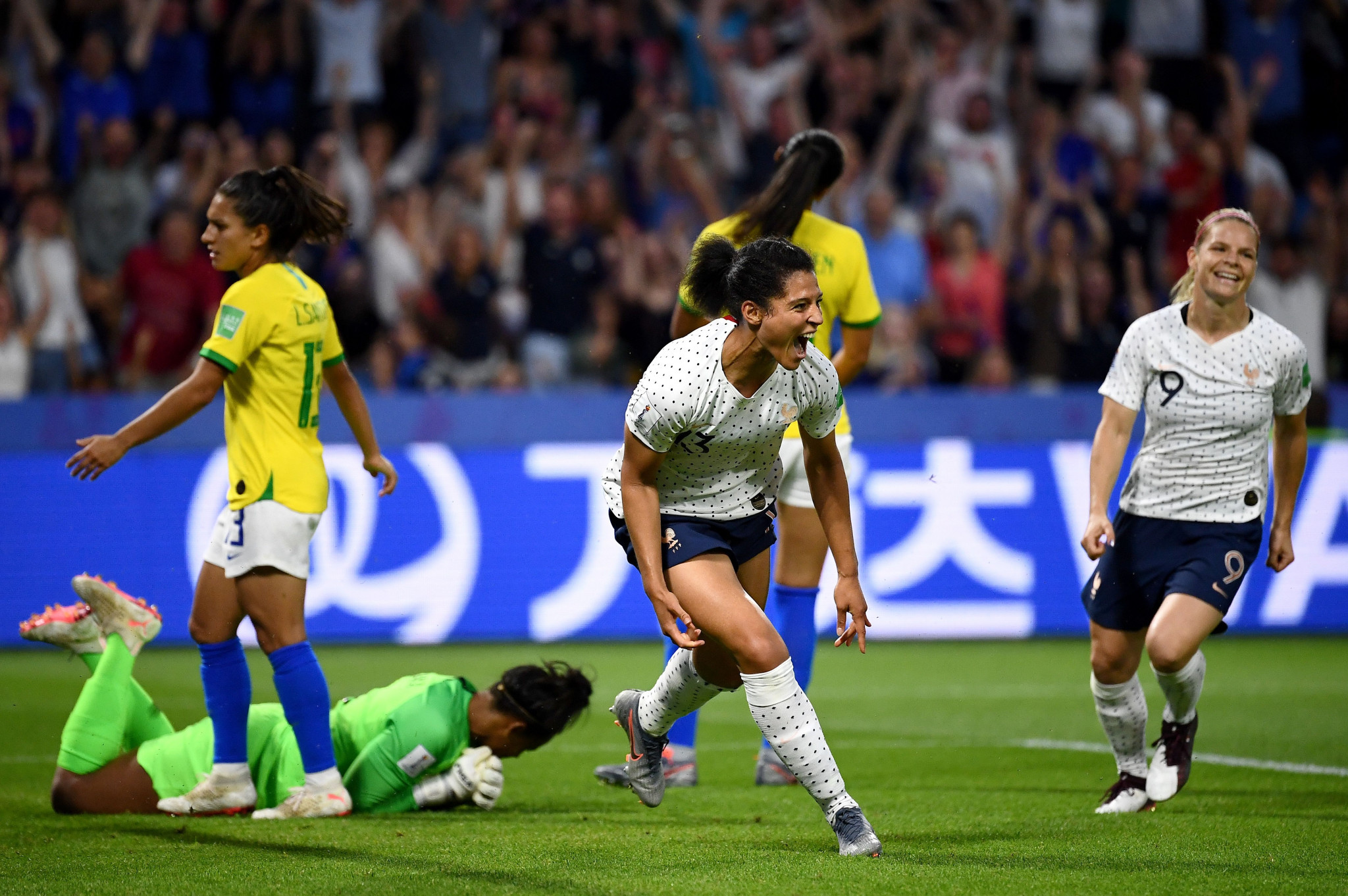 A total of 35.245 million people watched Sunday’s (June 23) match from Brazil, while 10.6 million did the same in host nation France.

Amandine Henry settled the contest in extra-time after Brazil’s Thaisa had cancelled out Valérie Gauvin’s opener in the second half of normal time.

That equates to almost a quarter of the country and is more than the 3.250 million that watched this month's UEFA Nations League final, which the Netherlands lost to Portugal.

Meanwhile, England’s 3-0 quarter-final win against Norway last night set a peak UK television viewing record for women’s football after 7.6 million and a 38.6 per cent share of available audience tuned in to see the Lionesses reach the last four.

Total television reach is 22.2 million, surpassing the previous record of 12.4 million set in 2015 during the FIFA Women’s World Cup in Canada.

On Saturday (June 22), FIFA claimed the 2019 Women's World Cup had broken records for engagement over the group stage and that global interest has reached new heights, despite criticism over low attendances and poor organisation.

The world governing body released a series of statistics and figures regarding television audiences and social media engagement from the tournament, indicating the Women's World Cup is more popular than ever.

It stated posts on the official FIFA Women’s World Cup digital channels had gained a combined 433 million views up until that point, of which 82 million were video views of goals, highlights and analysis.

While there has been some criticism over the size of crowds in the stadiums, record numbers for television audiences have been set in several of the nations where their teams are taking part.

In France, 10.6 million viewers tuned in for the hosts' opening game against South Korea, a record audience for women's football in the country.

The previous high was 4.1 million for Germany versus France at the 2015 FIFA Women’s World Cup.