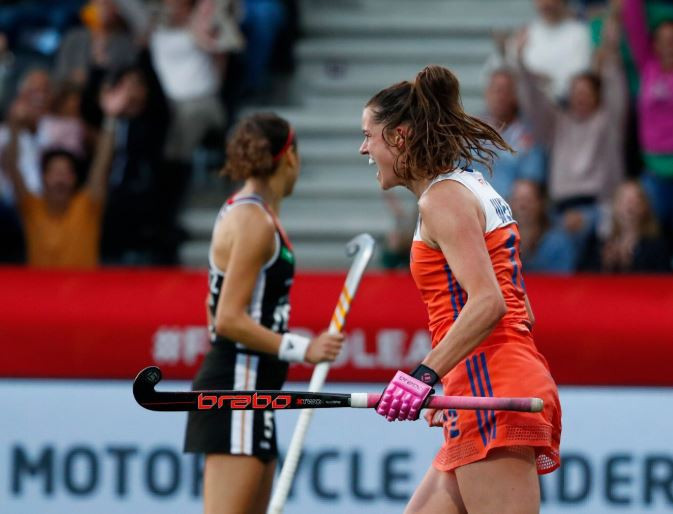 The Hockeyroos needed a 4-3 sudden-death shootout win to see off Argentina at Dutch venue Wagener Stadium after the match finished 1-1.

Tied at 3-3 in the shootout, Ambrosia Malone put the Australians 4-3 up before Carla Rebecchi's effort for the South Americans was saved by Rachael Lynch and Australia clinched victory.

Argentina had taken an early lead when Janieta Jankunas put them ahead on four minutes, only for Jodie Kenny to level going into halftime.

Neither side could force a breakthrough, though, and it was the Hockeyroos who celebrated after a tense finale.

The Netherlands earned their place in Saturday's Grand Final showdown with a thrilling fightback win against Germany.

It was the Rio 2016 bronze medallists who took the lead in Amsterdam, though.

Rebecca Grote scored to close out the first quarter and it was an advantage Germany maintained until the final quarter.

But the Netherlands are a formidable force and had claimed a staggering 15 wins from 16 games to reach the Grand Final.

Frederique Matla pulled the Dutch level on 52 minutes before Lidewij Welten turned the game on its head four minutes from time.

The last side to beat the Netherlands was Saturday's opponents, Australia, when the Hockeyroos won in Melbourne in February.

Tomorrow will see the men's semi-finals as Australia take on Britain and Belgium face the Netherlands.