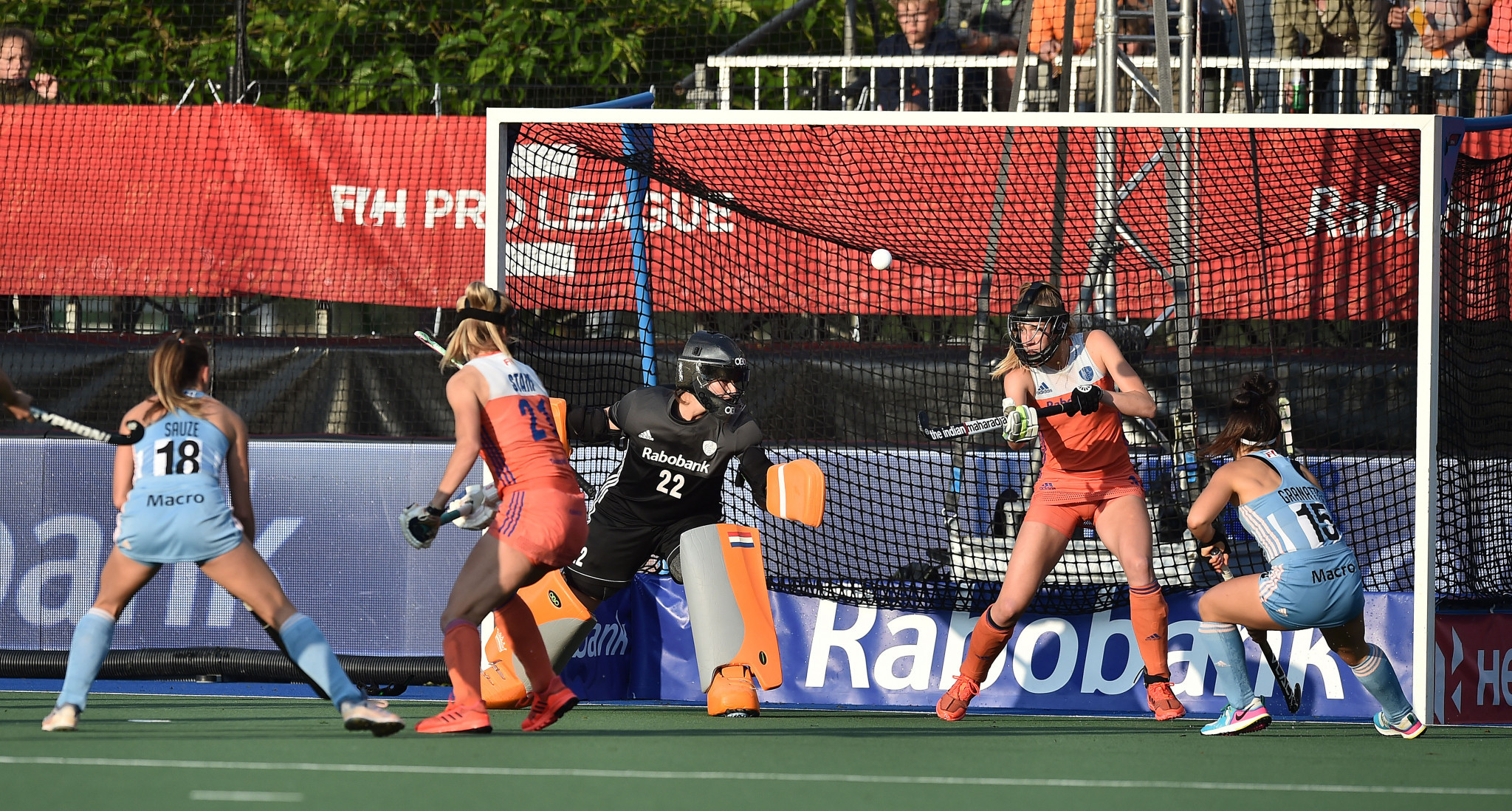 World champions the Netherlands secured top spot in the women's International Hockey Federation Pro League with a 2-1 home victory over Argentina in Utrecht.

Micaela Retegui opened the scoring for the visitors but rapid responses from Frederique Matla and Lidewij Welten gave the Netherlands maximum points at SV Kampong.

Defeat for Argentina means they finish in second place behind the Dutch, with Australia third and Germany fourth.

The Netherlands will face Germany while Australia will take on Argentina in the semi-finals at next week's Grand Final in Amsterdam.

Retegui – daughter of Leonas head coach Carlos – put Argentina ahead when she scored from close range in the second quarter.

The goal sparked a Dutch comeback and, within four minutes, the home side had turned the contest on its head.

Matla then applied the finishing touch to a superb team move to give her team the advantage and that was how it stayed.