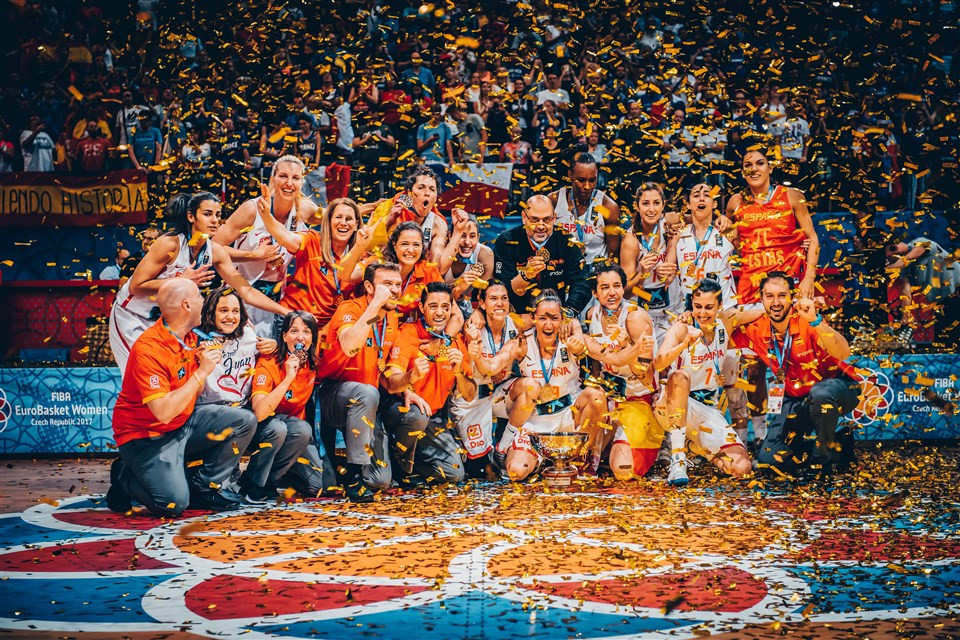 The 2019 International Basketball Federation (FIBA) Women’s EuroBasket is due to set to get underway tomorrow with Spain looking to become the first team to defend the title since the Soviet Union did so in 1991.

Action in Serbia and Latvia is due to run through to July 7 with the first round seeing the 16 competing teams split into four groups.

Spain, winners at two of the last three editions of the FIBA Women’s EuroBasket, have been drawn into Group A along with Great Britain, Latvia and Ukraine.

Matches are due to be played at Arēna Rīga and, as with all groups, and take place tomorrow, Friday (June 29) and Sunday (June 30).

Group B games will also be played at the same venue with Czech Republic, France, Montenegro and Sweden facing off against each other.

Group D competitors Belarus, Belgium, Russia and Serbia complete the line-up with the Crystal Hall in Zrenjanin playing host to their matches.

The FIBA Women's EuroBasket has had eight different winners in the last 13 editions, including three-time champions Spain and Russia and two-time gold medallists France.

A total of 14 of the 16 nations competing at the 2019 event also appeared two years ago in Czech Republic, with Britain and Sweden the two exceptions and back at the event for the first time since 2015.

A home nation has not won the biennial competition since France managed the feat in 2001 and a host country has only made the podium once in the 18 years that have followed - France's silver medal-winning team from 2013.

Among the players to watch out for is Serbian star Ana Dabović, awarded the Most Valuable Player (MVP) back in 2015 when her country won their first title.

No player has been crowned MVP twice in the event and because Spain's Alba Torrens, the 2017 MVP, is ruled out injured, Dabović is the only player who can potentially write what would be a significant line of history.

Back in 2017, Belgium collected their first-ever medal when they took the bronze.

At this edition, there are five nations who have never stood on a podium - Britain, Latvia, Montenegro, Slovenia and Sweden.