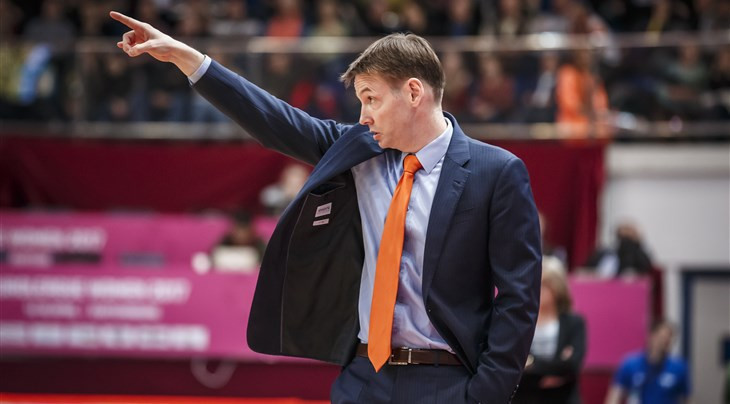 Olaf Lange is the new head coach of the Russian women's basketball team and has been tasked with guiding them to the International Basketball Federation EuroBasket Women 2019.

Lange has been appointed prior to November's qualifiers and takes over from Alexander Vasin.

Vasin was relieved of his duties in the wake of Russia's poor performance at this year's edition of the continental tournament.

Russia failed to make it to quarter-finals, losing to Greece 62-58 in the previous round.

Lange will know his squad well after spending the past five seasons coaching in the Russian Premier League with UMMC Ekaterinburg.

The German also has recent international experience after serving as an assistant coach for Australia at the 2017 FIBA Women's Asia Cup.

The Australians were favourites to win gold but were left stunned by Japan in the final.

The qualification groups for Women's EuroBasket 2019, due to be co-hosted by Serbia and Latvia, were announced in July.

Three-time champions Russia have been drawn in Group C and will pay Albania, Lithuania and Hungary.

The top team from each group and the six best second-placed teams will earn spots in the final round.

Action will be played in three windows during the club season with teams playing two games in each window.