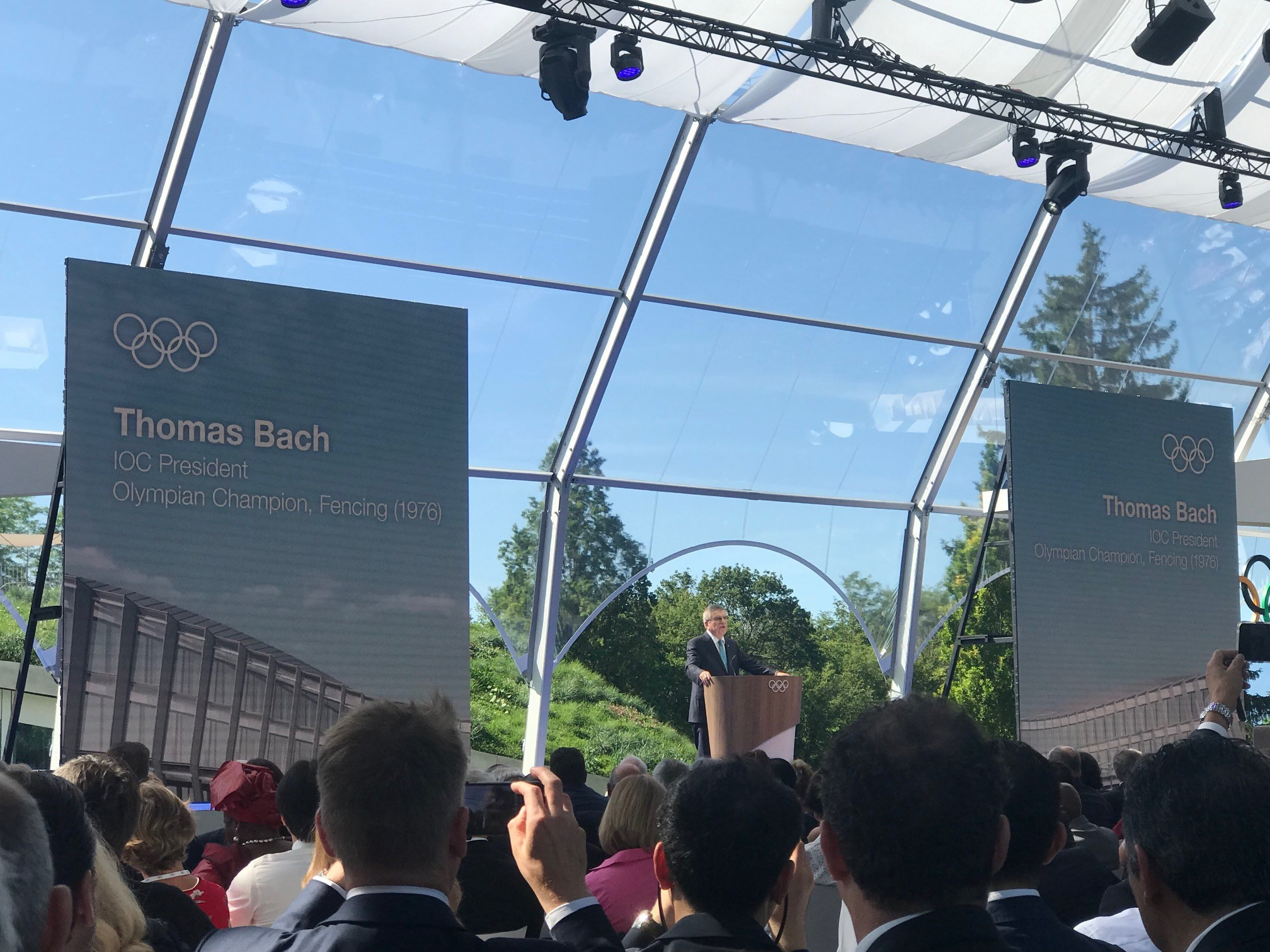 The International Olympic Committee (IOC) flung open the doors to its new CHF145 million (£117 million/$149 million/€130 million) headquarters at an inauguration ceremony attended by officials from across the world of sport here today.

IOC President Thomas Bach, flanked by his four vice-presidents and director general Christophe De Kepper, received a ceremonial key to Olympic House after he had cut the ribbon with Ueli Maurer, President of Switzerland.

The ceremony, held to coincide with the 125-year anniversary of the IOC and Olympic Day, marked the official opening to the building on the shores of Lake Geneva, constructed by Danish architecture firm 3XN.

It was attended by IOC members, representatives from International Federations and the heads of 206 National Olympic Committees (NOCs), including European officials who flew on a chartered plane from the European Games in Minsk.

Bach claimed Olympic House, which opened to the first set of staff last month, would be "the home for the entire Olympic Movement".

"To my dear friends and colleagues, the IOC members, to the 206 NOCs, to the International Sport Federations, to all of you, the Olympic family gathered here today I say: welcome home," he said.

"When we set out on this project to construct a home, we wanted it to be more than just another office building.

"Of course, we wanted to bring together everyone, the Olympic family and all IOC staff, under one roof.

"In this sense, the Olympic House is an expression of our unity."

The building, described as one of the most sustainable buildings in the world by the US Green Building Council, will house all 500 of the IOC staff previously spread around several locations in Lausanne.

The headquarters, which incorporates the Château de Vidy, features a glass facade, a spiral staircase depicting the Five Rings and has a roof which the IOC claim represents the shape of a dove.

"Transparency is another key element to many of our Olympic Agenda 2020 reforms around credibility and good governance," Bach added.

"This is reflected in the building through its glass facade and open office spaces.

"The whole design is intended to make the building welcoming and to reflect our transparency.

"Another element of good governance is efficiency.

"Managing the IOC in the most efficient way is only possible by having everyone united under one roof."

The inauguration follows seven years of planning and three years of construction.

The first stone was laid at the building in December 2015.

"On our 125th anniversary, we clearly see what a great visionary Pierre de Coubertin was," Bach added.

"By bringing the entire world together in peaceful competition, the Olympic Games are a symbol of hope and peace for all humankind."