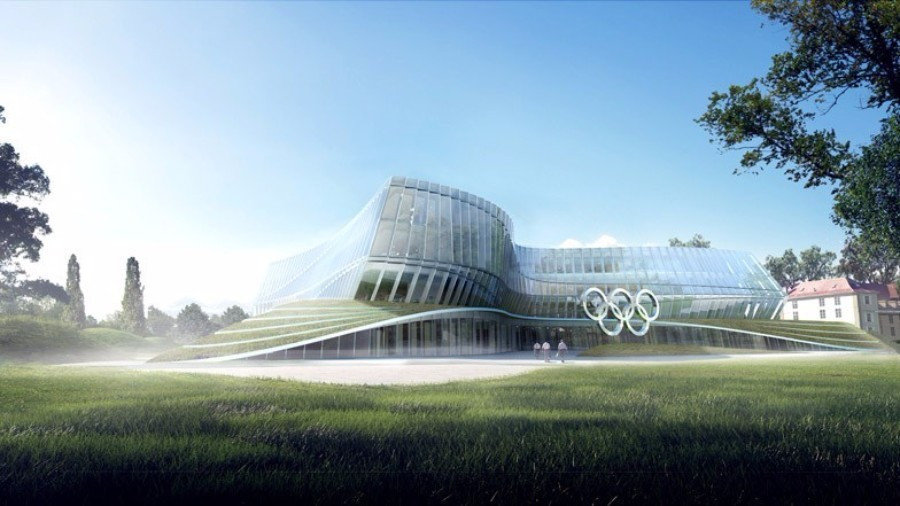 The International Olympic Committee (IOC) have announced that they will inaugurate their new headquarters in Lausanne on this year's Olympic Day.

Known as Olympic House, the inauguration on June 23 will coincide with the 125th anniversary of the creation of the IOC.

Located in the Vidy area of the Swiss city, close to the Lake Geneva shoreline, the new headquarters is expected to cost a "maximum" of CHF200 million (£159 million/$207 million/€181 million).

The IOC first decided to move ahead with the project in 2014, with their previous headquarters on the same site now demolished.

Five hundred staff who work for the organisation are currently spread across four locations in the Olympic capital, but the new building will bring them together under one roof.

Designed by Danish architecture firm 3XN, the building will feature an all-glass façade with 80 per cent of the construction completed by local companies.

It is being built with sustainability and environmentally-friendly practices very much in mind.

This includes the use of lake water, solar power and natural lighting.

There will be a hospitality floor on the lowest level alongside a welcome area, a restaurant, a sports cafe and five large meeting rooms.

Three floors of offices will lie above it.

A winding staircase structure is aiming to "symbolically echo the unifying aspirations of the Olympic rings" as well as encourage movement and communication.

An underground car park lies in front of the building, although it will be fully hidden by a grass lawn.

More than 100 trees will be planted at the site.

The first stone of the building was symbolically laid in December 2015 in a ceremony attended by IOC President Thomas Bach.

He presented a time capsule featuring five cylinders draped in the colours of the Olympic Rings, each of which includes a particular piece of history linked to the Olympic Movement.

Most IOC departments, including the Executive Office, are currently housed at temporary headquarters in Pully.

The Château de Vidy building at the old headquarters will not be demolished as it is listed as a historical monument.

"From 23 June onwards, the IOC will benefit from two Olympic centres in Lausanne: Olympic House in Vidy to cater for its administration and offer a welcoming meeting place for all its stakeholders; and The Olympic Museum in Ouchy to host the general public," an IOC statement said.

"Olympic House is a privately funded investment in sustainability.

"It has the strong ambition to meet the most demanding sustainability standards both locally and internationally.

"It has been designed as a sustainable building in terms of both construction and operations, with special efforts put into energy and water efficiency, waste reduction and landscape integration.

"It aims to regroup all IOC staff in one location, resulting in cost savings and increased collaboration.

"It also represents an investment by the IOC in the local economy and development.

"With this new building, the IOC confirms its attachment to Lausanne, the Olympic Capital.

"Developed in close consultation with the local authorities, Olympic House will offer the region an emblematic architectural landmark and become an important element of the local Louis Bourget public park, which welcomes a diverse group of visitors every year."

Held every year, Olympic Day is celebrated around the world and is dedicated to the founding of the international Olympic Movement by Pierre de Coubertin.