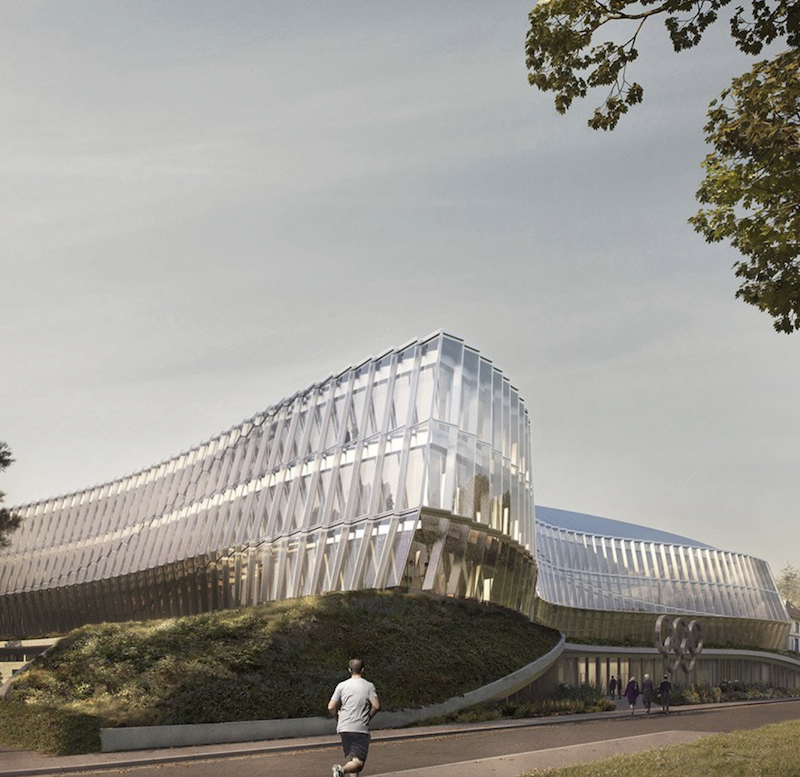 The final total cost for the International Olympic Committee's (IOC) new multi-million dollar headquarters will be around CHF145 million (£110 million/$146 million/€129million) and the first members of staff are due to move into the building at the start of May, it was revealed here today.

IOC director of corporate development, brand and sustainability Marie Sallois claimed the final cost was "well under what we had anticipated".

The IOC claim the facility, located in the Vidy area of Lausanne, is a "privately funded investment by the IOC in sustainability, operational efficiency and local economy and development".

Around 50 members of the IOC administration in departments, such as the one led by Sallois, are set to be the first to move into the new headquarters on May 6.

The rest are set to join them on May 26, less than a month before the building is due to be inaugurated on Olympic Day on June 23.

The headquarters, featuring a glass facade and a spiral staircase depicting the Five Rings, will bring together all of the IOC's departments, currently spread out across four locations Lausanne.

Danish architecture firm 3XN have designed the building after the company was chosen out of the 114 entries in the tender process.

Most IOC departments, including the executive office, are currently housed at temporary headquarters in Pully.

The Château de Vidy building at the old headquarters will not be demolished as it is listed as a historical monument.

The new building incorporates the Château de Vidy, which has been the IOC's main headquarters since 1968.

"We have pushed the design very far," Jan Ammundsen, senior partner and head of design at 3XN, said.

"It is not easy to work alongside a building like that but on the other hand I think we came up with a solution that makes both of the buildings stand out."