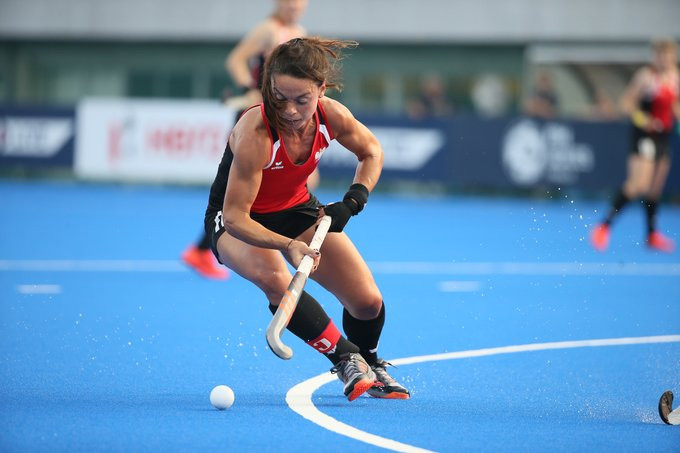 Poland beat Uruguay in a shootout to finish fifth at the International Hockey Federation Women's Series Finals event in Hiroshima.

The Polish side prevailed 5-4 in the shootout after the teams shared a 2-2 draw at Hiroshima Regional Park.

Teresa Viana got the South American outfit off to a flying start in the fifth-place play-off when she scored twice in the first quarter.

Paula Wrzesinski halved the deficit in the second period before Oriana Bratkowska levelled after the restart.

Neither team found a winner and the match went to a shootout, which Poland won after they made a late breakthrough.

#FIHSeriesFinals #FIHSeriesFinalsHiroshima
Fiji assistant coach Emi Nawaqakuta: "(message we want to spread) is to never quit, no matter how much you are losing, even when you are winning to remain humble (...)one of our goal is to stay positive no matter what" pic.twitter.com/ju7fMi8fUO

The result saw Poland, whose dream of securing a place in the Tokyo 2020 Olympic qualifier later this year was dashed following defeat to Japan yesterday, end the tournament on a positive note.

"The first quarter was difficult, I think the girls were sleeping," said Poland manager Lukasz Julga.

"In the second quarter we woke up and started to play.

"To win fifth place is amazing."

The competition continues with the semi-finals tomorrow.