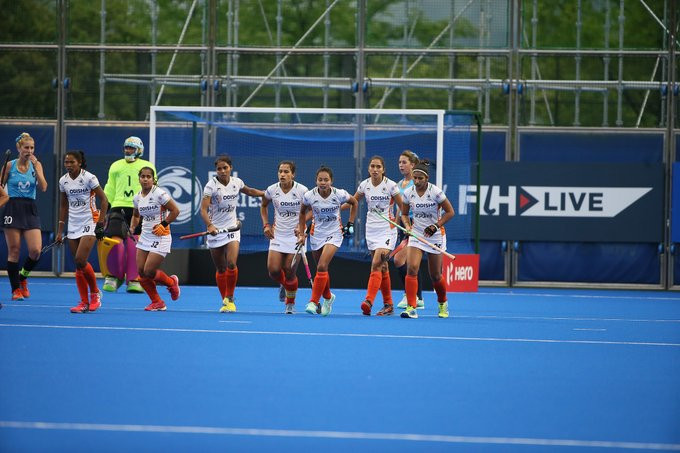 India recorded a comfortable 4-1 win over Uruguay on the opening day of the women's International Hockey Federation Series Finals event in Hiroshima.

Captain Rami Rampal, Gurjit Kaur, Jyoti Kullu and Lalremsiami got on the scoresheet as the tournament's top-ranked side began their campaign at Hiroshima Buena Vista Hockey Club in fine style.

India are second in Pool A after the first round of matches.

Poland moved to the top of the group on goal difference following a 6-0 thrashing of Fiji.

Wiktoria Blaszyk scored twice, while Oriana Bratowska, Karolina Grochowalska, Marlena Rybacha and Amelia Katerla also found the net in a commanding performance from the Polish side.

"I think we believed that if we stuck to the plan of what we needed to do, sooner or later we were going to score a goal," said captain Rybacha.

In Pool B, Chile were in superb form as they hammered Mexico 7-0.

Manuela Urroz led the way for Chile with a hat-trick as they surged to the summit of the group in style.

Hosts Japan, who have qualified for the women's tournament at next year's Olympic Games in Tokyo as the host nation, beat Russia 2-1.

A further four matches are due to be held when the competition resumes tomorrow.