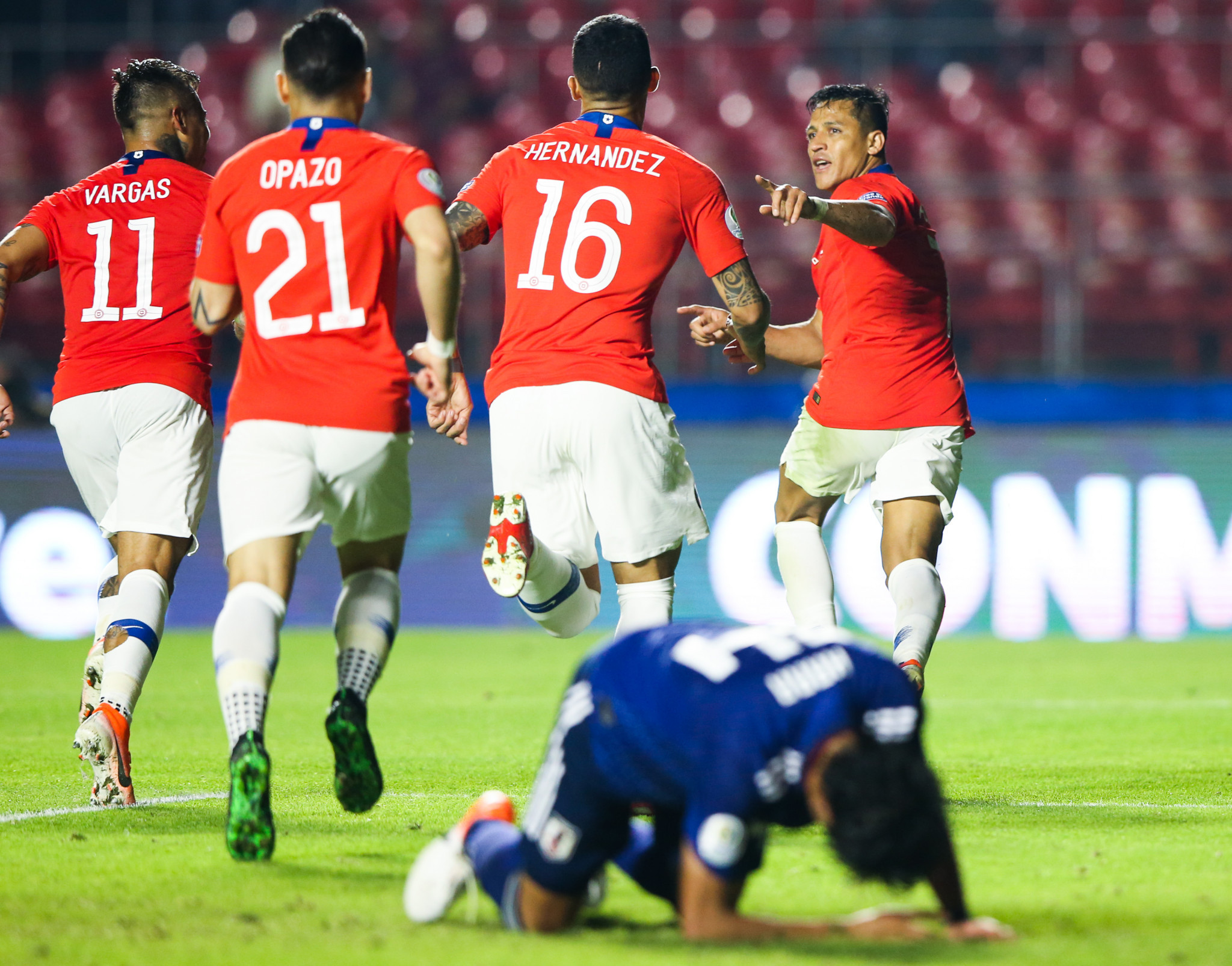 Reigning Copa América champions Chile got their title defence off to the perfect start with a 4-0 thrashing of guest nation Japan at the Estádio do Morumbi in São Paulo.

Chile won the 2015 and 2016 editions, but failed to qualify for the 2018 World Cup and their ageing squad has not been considered among the tournament favourites by many pundits.

However they took the lead late in the first half through midfielder Erick Pulgar's header and never relinquished control from there.

Striker Eduardo Vargas doubled Chile's lead in the 54th minute with the help of a deflection.

Alexis Sanchez made it 3-0 with his first goal for five months in all competitions after a difficult season with Manchester United.

Sanchez then turned provider for Vargas' second, the forward becoming Chile's top scorer in Copa América history with a classy chip, his 12th goal in the competition.

After the match Sanchez admitted he felt much happier and more free playing for his country than he has in recent months for his club.

He said: "For six weeks I felt worse than I ever have before.

"I struggled in the first half as I felt stifled but in the second half I was more relaxed and played with more freedom and excitement."

Japan, one of two invited nations from Asia along with Qatar, have brought a young and inexperienced squad to the tournament to gain experience before competing at the 2020 Olympics on home soil in Tokyo.

The win puts Chile joint top of Group C with Uruguay, who also won their opening match 4-0, against Ecuador.

Copa América 2019 continues tomorrow with Bolivia against Peru and hosts Brazil versus Venezuela in Group A.