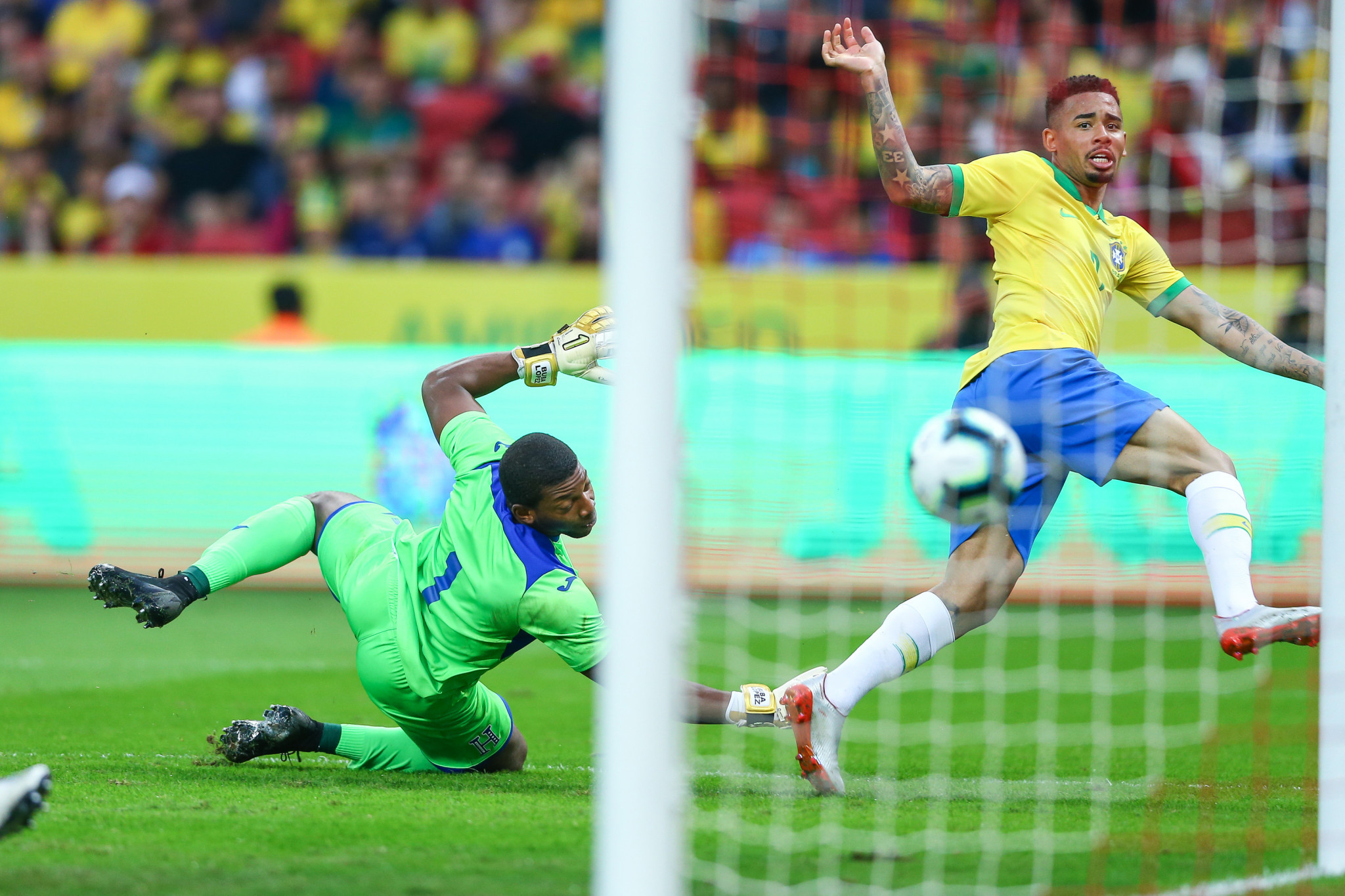 At every major sporting event, there is expectation on the hosts to perform – but rarely is the pressure more intense than on Brazil in a Copa America.

Brazil host the 2019 edition of the South American continental championship, having won the tournament on all four previous occasions they staged the event, most recently in 1989.

They are in Group A, alongside Bolivia, Venezuela and Peru.

Group B features Argentina, Colombia, Paraguay and one of two invited nations from Asia, Qatar, while Group C contains Uruguay, Ecuador, reigning champions Chile and the other guest country, Japan.

Not only have Brazil won every Copa in their back garden, 2019 also marks the centenary of their first tournament triumph.

History appears to be on their side, even if their recent performances in the competition say otherwise.

Since winning in 2007 – their fourth in five tournaments – Brazil have not been beyond the quarter finals and were eliminated at the group stage in 2016.

If they are to triumph, they will have to do so without talismanic striker Neymar after he was ruled out of the tournament with an ankle ligament injury suffered during a warm-up friendly against Qatar.

However, even without the Paris Saint-Germain star, manager Tite has plenty of attacking options to fit into a 4-3-3 more structured and secure than the one picked apart in the World Cup quarter finals by Belgium.

With emerging talents of David Neres, Richarlison and Gabriel Jesus up front, Brazil should score plenty of goals, starting with the opening game against Bolivia.

The other sides in Group A have contrasting hopes.

Venezuela, who have never won the Copa America, are putting hope in emerging youth from the side that were 2017 Under-20 World Cup finalists, while Peru are attempting to squeeze the final competitive life from inspirational captain, 35-year-old striker Paolo Guerrero, who is back after a drugs ban.

In Group B, Argentina remain under caretaker manager Lionel Scaloni, having still not replaced Jorge Sampaoli after a disastrous World Cup in Russia last summer.

Scaloni does at least have the great Lionel Messi to call upon, the Barcelona star still looking for an elusive senior international title.

Indeed, the Argentine front trio of Messi, Sergio Aguero and Angel di Maria is as strong as any in the world.

It is in defence where they could come unstuck, particularly regarding their goalkeeper – none of Franco Armani, Augustin Marchesin nor Esteban Andrada have more than five caps.

Argentina face Colombia, under new manager Carlos Quieroz, in their opening game, in what could prove a real marker as to how far they can go in Brazil.

Colombia, who have the talented James Rodriguez raring to go and in good form, are a dangerous proposition for any team to face.

Paraguay, meanwhile, look to be in disarray – they appointed Juan Carlos Osorio as manager last September, but he left by mutual consent in February after one game due to personal reasons.

He was replaced by Eduardo Berizzo, but how his side will play and perform remains something of a question mark.

Qatar arrive as Asian champions and, as 2022 World Cup hosts, are taking this immensely seriously as their first test at major tournament level against sides among the world's best.

Of the sides in what looks like a well balanced Group C, Uruguay have an intriguing mix of old and young under veteran manager Oscar Tabarez, in charge since 2006.

At centre-back they have former Atletico Madrid team mates Diego Godin and Jose Gimenez, while Luis Suarez and Maxi Gomez promise nothing less than a combative partnership up front.

Chile beat Argentina on penalties in both the 2015 and 2016 finals, but failed to reach the 2018 World Cup and are reliant on an ageing team full of veterans – a third straight title would be remarkable.

Ecuador have also never won the Copa America but will fancy their chances of reaching the knockouts from this pool, while Japan look to have picked a mostly experimental side gathered for experience.