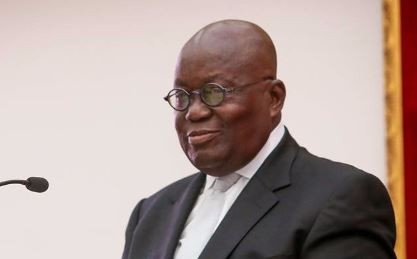 Speaking at ANOCA's Annual General Meeting in Cape Verde ahead of the 2019 Africa Beach Games, Berraf said Akufo-Addo had been chosen due to his immense contribution towards sports development in Ghana and for the successful bid to host the 2023 African Games.

"There are very few personalities that are given such an award," Berraf told the AGM at Melia Llana Hotel.

“His Excellency Nana Akufo-Addo is doing a good job and GOC (Ghana Olympic Committee) President Ben Nunoo Mensah convinced us why Ghana’s President must be rewarded.

"We appreciate his sporting roles for the youth in Ghana and Africa.

"We congratulate him and wish him well in his future endeavours."

The Ghanaian Government played a key role in landing hosting rights for the 2023 African Games, to be held in Accra, and is building 10 multipurpose sporting infrastructures across the country to develop Ghanaian sport.

In May, GOC announced it would work with the Hungarian Olympic Committee to explore areas of best practice, technical and management cooperation ahead of the 2023 event.

A date for the award's presentation is yet to be confirmed but it is expected Cape Verde President Jorge Carlos Fonseca will receive a similar honour when the African Beach Games conclude in Sal next week.