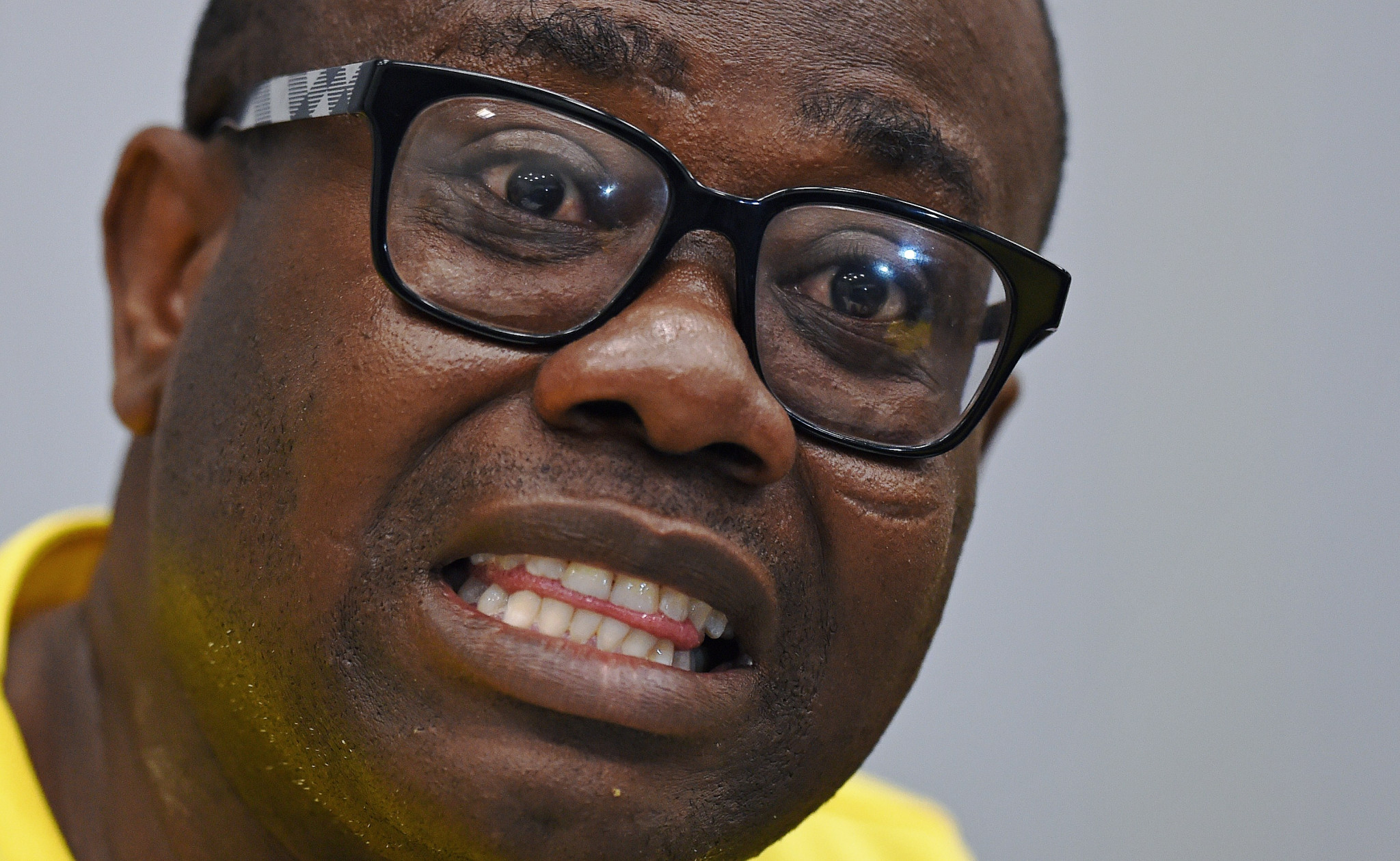 Kwesi Nyantakyi has resigned as President of the Ghana Football Association (GFA) and the country's Government has begun a process to dissolve the organisation after the FIFA Council member was banned for 90 days.

Nyantakyi was suspended by FIFA's Ethics Committee after he was caught on camera appearing to accept a bribe.

The video also apparently depicts Nyantakyi, a Confederation of African Football first vice-president, demanding other kickbacks which would be passed on to top Government officials, including the Presidency.

Ghana President Nana Akufo-Addo ordered an investigation last month after the former GFA head was accused of fraudulently using his name in the footage.

Akufo-Addo has since urged criminal authorities to investigate, while police have locked down the GFA headquarters and declared the building a crime scene following the allegations against the Ghanaian official.

In a statement, Nyantakyi apologised for his "indiscretions" but insisted his resignation and his apology was not an admission of guilt or wrongdoing.

The Government said it will now dissolve the GFA, likely to plunge football in the country even further into crisis.

The decision could prompt further sanctions from FIFA, which prohibits any form of Governmental interference in its Member Associations.

Ghana's ability to vote in the race for the 2026 World Cup, being contested by a joint bid from the United States, Canada and Mexico and Morocco, at the FIFA Congress in Moscow on Wednesday (June 13) has also been thrown into doubt.

FIFA's Ethics Committee said the ban could be extended by a further 45 days.

"During this time, Mr Nyantakyi is banned from all football activities at both national and international level (administrative, sports or any other)," a FIFA statement read.

"The ban comes into force immediately."

Nyantakyi has denied the accusations but apologised to Akufo-Addo and other Government officials for implicating them in the footage.

"I wish to apologise to my family, work colleagues, friends, associates and the people of Ghana for the disappointment my indiscretion has caused them," he said in a statement published by Ghana Web.

"This is by no means an admission of wrongdoing for issues on the video.

"I gravely associated the highest office of the land - the Presidency - with private discussions I had with “scammers” who deceived me into thinking they were genuine persons interested in investing in our country.

"I hereby apologise unreservedly to the father of the Nation, H.E. Nana Akufo Addo, H.E. the Vice President, Dr. Mahamadu Bawumia, Hon. Ministers and Deputy Ministers of State for indiscretion in associating them with the private conversations on the video.

"I wish to clarify that at no time prior to or subsequent to any deliberations on the video did I consult, contact or inform any Government official about discussions on the video.

"I take sole and personal responsibility for the proceedings on the video.”

Under Nyantakyi's stewardship, Ghana qualified for their first World Cup in 2006 in Germany before competing at the 2010 and 2014 editions in South Africa and Brazil respectively.

Ghana reached the quarter finals in 2010 where they were knocked out in controversial fashion by Uruguay.

However, they failed to qualify for this year's World Cup in Russia which begins with the opening match between Russia and Saudi Arabia on Thursday (June 14).

Additionally, the Ghana under-20 football team won Africa's first and only Under-20 World Cup in 2009.