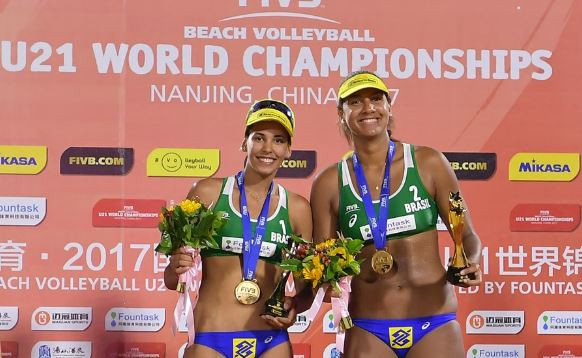 The duo defeated Netherlands pair Matthew Immers and Yorick de Groot to claim gold in Argentina and are tipped to be back on the podium when the medals are handed out on Sunday (June 23).

The women's Youth Olympic gold medallists, Mariia Bocharova and Maria Voronina of Russia, will also compete in Thailand as they bid to follow-up on their 2018 Under-19 World Championship title at the higher age-group event.

It is the second time Thailand is hosting an age-group event after the 2003 Under-19 Beach Volleyball World Championships were held in Pattaya – where Germany's future Olympic and world champion Laura Ludwig took victory.

There will be 32 teams competing in both the men's and women's tournaments with 24 duos progressing to the main draw.

The winners will earn a wildcard to an FIVB World Tour event and all five volleyball confederations will be represented.

The World Championships has a strong tradition for bringing on the world's best senior stars.

Brazil's fine traditions within the sport saw them claim both the men's and women's under-21 titles in Nanjing, China in 2017.