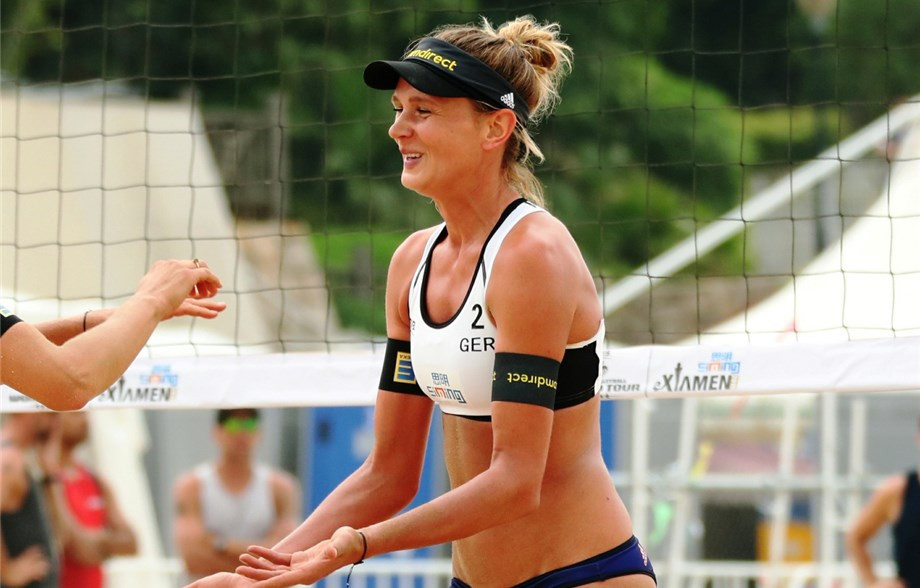 New German pairing Laura Ludwig and Margareta Kozuch were among those to secure a place in the women's main draw as qualification took place today at the International Volleyball Federation (FIVB) Beach World Tour event in Warsaw.

The duo started their campaign at the Polish capital's Monta Beach Volley Club by beating home team Marta Duda and Marta Lodej 21-15, 21-10 in round one.

Ludwig and Kozuch were brought together in a recent German reshuffle prior to the FIVB Beach World Championships, scheduled to be held in Hamburg from June 28 to July 7.

They were rewarded with a wild card to play at their home event.

Ludwig, returning from maternity leave, is the reigning Olympic and world champion with the now-retired Kira Walkenhorst, while Kozuch was born in Hamburg.

"I am very grateful for receiving the wild card," Kozuch said.

"We are a new team and, of course, we have this little issue with the points, so we are very thankful for this opportunity and we hope we can show our best beach volleyball on the courts in Hamburg."

Ludwig and Kozuch have been drawn in Pool D and will play defending champions Heather Bansley and Brandie Wilkerson of Canada tomorrow.

Among those progressing through to the men's main draw were Switzerland's Quentin Métral and Yves Haussener, who overcame Germany's Nils Ehlers and Lars Flüggen 17-21, 21-12, 15-8 and Brazil's Andre Loyola Stein and George Souto Maior Wanderley 23-21, 21-18.

They have been drawn in Pool C and will face Russia's Viacheslav Krasilnikov and Oleg Stoyanovskiy tomorrow.