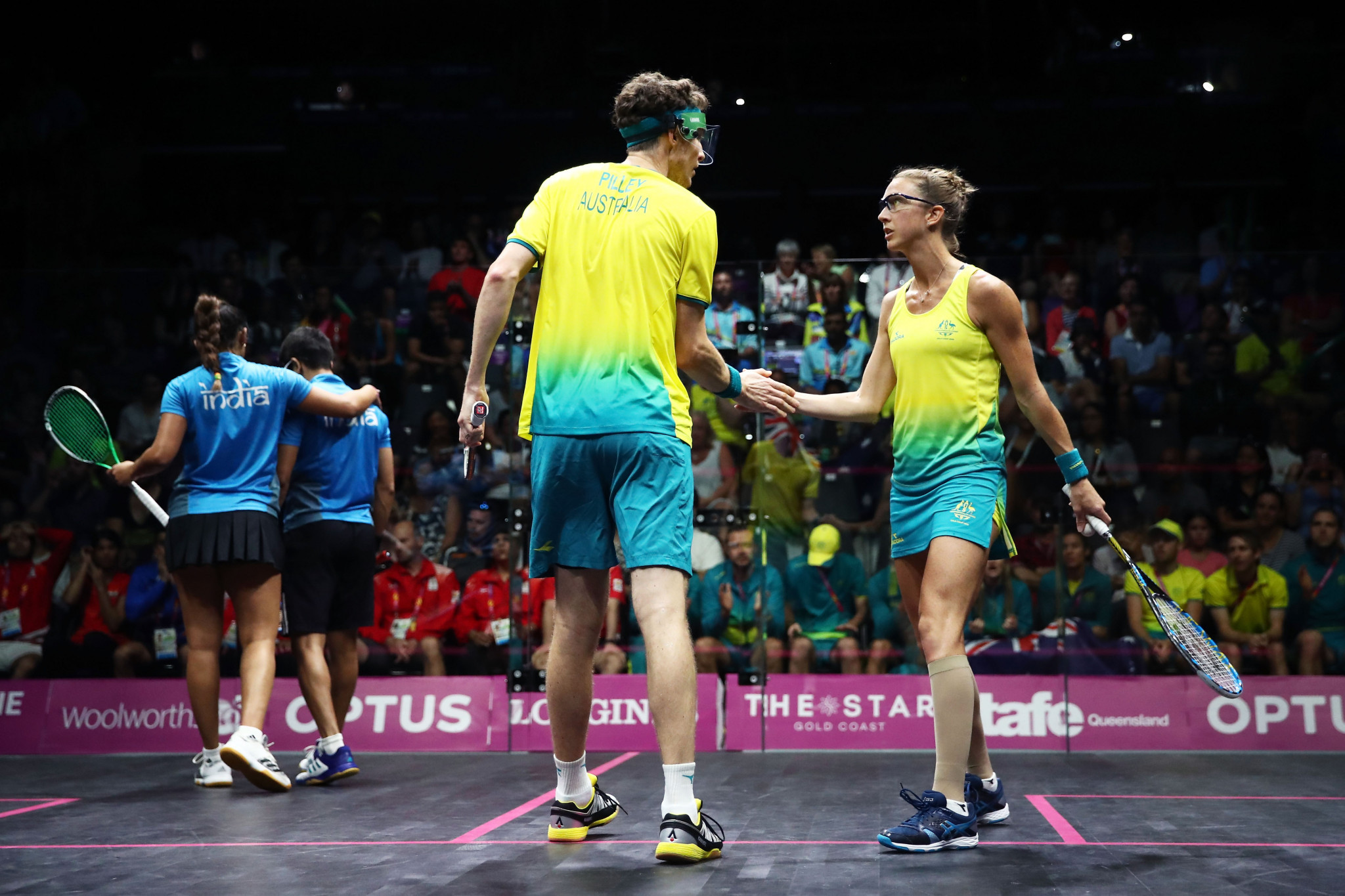 Australia are considered the favourites in all three events at the World Squash Federation (WSF) World Doubles Squash Championships taking place on their home courts in Gold Coast.

Ryan Cuskelly and Cameron Pilley are the top seeds in the men's doubles competition and begin the event as defending champions following their victory in 2017.

Pilley is also expected to win the mixed doubles alongside cousin Donna Lobban, née Urquhart, the duo that earned gold in the same category at the 2018 Gold Coast Commonwealth Games.

In the women's doubles, Lobban and Christine Nunn are considered the favourites with a first seed ranking.

Colombian athletes could break Australia's dominance, with Catalina Pelaez and Ronald Palomino set to challenge Pilley and Lobban in the mixed doubles.

Meanwhile Andrés Herrera and Juan Camilo Vargas are seeded third in the men's doubles, as are sisters Laura Tovar and Maria Tovar in the women's.

The sixth edition of the Championships begin tomorrow at Carrara Squash Centre, built for Gold Coast 2018.

The last day of action will be Friday (June 21), when the finals of each category will be played.

"It is now part of the next Asian Games, the Pan Pacific and of course the Commonwealth Games.

"It is bringing a new audience of spectators to our sport, as we saw at the 2018 Commonwealth Games on the Gold Coast.

"And Australia is and has been a major supporter of this form of our sport, for many years."