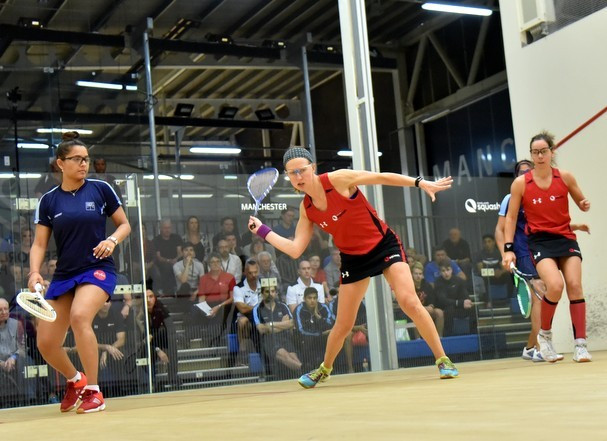 Defending champions King and Amanda Landers-Murphy enjoyed easier progress in the other half of the draw after an injury to Australia's Donna Urquhart forced she and Rachael Grinham to withdraw beforehand.

King and Paul Coll then cruised into the mixed final after an 11-8, 11-8 win over Grinham and Australian partner David Palmer.

Neither England nor New Zealand gained a place in the men's final.

All finals will be played tomorrow.

The event will provide useful warm-up for doubles pairs competing at the 2018 Commonwealth Games in Gold Coast next year.