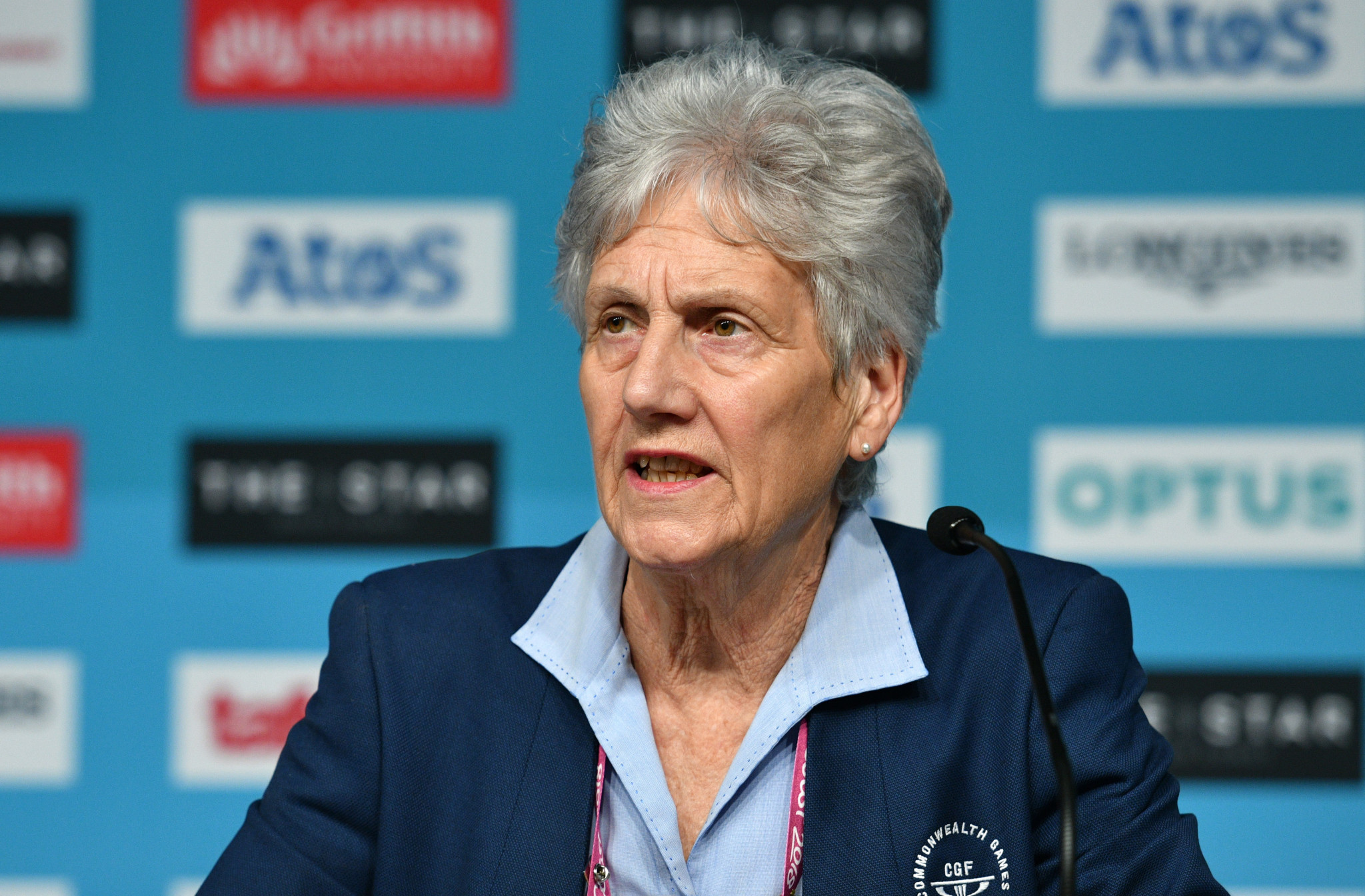 Dame Louise Martin will return for a second spell as President of the Commonwealth Games Federation (CGF) after it was confirmed she will not be challenged at the organisation's General Assembly in Kigali.

The Scot first took on the top job nearly four years ago and will run unopposed for another four-year term in Rwanda's capital between September 3 and 6.

She became the first female President when she unseated Malaysia's Tunku Imran in Auckland in 2015 and was appointed as a Dame Commander by Queen Elizabeth II in the 2019 New Year's honours list.

Every position on the CGF's Executive Board and Sports Committee is also up for election in Kigali, while the organisation's refreshed Transformation 2022 strategy will be approved.

It has also been confirmed that the 2026 host of the Commonwealth Games will be decided next year as "positive dialogue continues between the CGF and potential host cities".

The Games are typically awarded the year after an event is held which meant it was due to happen in Kigali, but insidethegames exclusively revealed in May that there could be a delay as the CGF strive to find the right city.

She was also the first woman to be elected to the CGF's Executive Board.

During her first term as President she has overseen last year's Commonwealth Games in Gold Coast as well as the crisis facing the 2022 edition.

South African city Durban was initially awarded the rights at the same Auckland General Assembly which saw Dame Louise elected but they were stripped of the honour due to financial problems.

Birmingham has now been named as a replacement host with Dame Louise set to be in charge during the Games.

Five contenders are in the running for three vice president positions in Rwanda, including incumbents Bruce Robertson of Canada and New Zealand's Kereyn Smith.

South African Gideon Sam is not running to keep his vice president's role but Sri Lanka's Maxwell de Silva, Uganda's William Blick and Chris Jenkins of Wales will all be on the ballot paper.

Six regional vice presidents will also be decided with one position available for Africa, the Americas, Asia, the Caribbean, Europe and Oceania.

Zambia's Miriam Moyo will run unopposed to keep her African role with Saint Lucia's Fortuna Belrose and the Cook Islands' Hugh Graham also not challenged as they seek to stay in their respective Caribbean and Oceania positions.

In Europe, Gibraltar's Harry Murphy is the only contender so seems set to replace Jenkins who is aiming for vice president.

Two contenders are in the hunt for the Americas and Asia roles with the incumbents stepping down.

Canada's Rick Powers and Judy Simons of Bermuda will battle for the former role in a bid to replace Kalam Juman Yassin of Guyana.

In Asia there is a race between Singapore's Chris Chan and India's Rajeev Mehta as Hemasiri Fernando of Sri Lanka makes way.

One position per region is also up for grabs on the Sport Committee with Nigeria's Sani Ndusa running unopposed to keep her Africa role.

Americas incumbent Linda Cuthbert of Canada faces competition from Andrew Brownlee of the Falkland Islands and Guyana's Yassin, while Marcus Stephen of Nauru has been challenged for the Oceania position by Australian Craig Phillips.

Syed Shahed Reza of Bangladesh is not in the running to keep his Asia role where there will be a two-horse race between Pakistan's Sayid Arif Hasan and India's Namdev Sampat Shirgaonkar.

There is a similar situation in the Caribbean where incumbent Chet Greene of Antigua and Barbuda makes way to usher in a fight between Ephraim Penn of the British Virgin Islands, Garth Gayle of Jamaica and Cyril Burke of Barbados.

In Europe, Helen Phillips of Wales is the only contender for a job currently held by England's Don Parker.

"Plans for our General Assembly are shaping up very well and I am delighted to see we have a number of extremely strong candidates putting themselves forward in leadership roles at the service of Commonwealth sport," said CGF chief executive David Grevemberg.

"We are also delighted to be partnering with Rwanda; an inspiring country with passionate, proactive sports leadership.

"We all look forward to experiencing Rwanda's distinct use of sport to drive social impact and realise the share values and ambitions of Commonwealth Sport."

The General Assembly will take place at the Kigali Convention Centre which opened in 2016.

Rwanda is the newest Commonwealth member after joining in 2009.

It is one of only two countries, along with Mozambique, to have no historic ties with Britain.