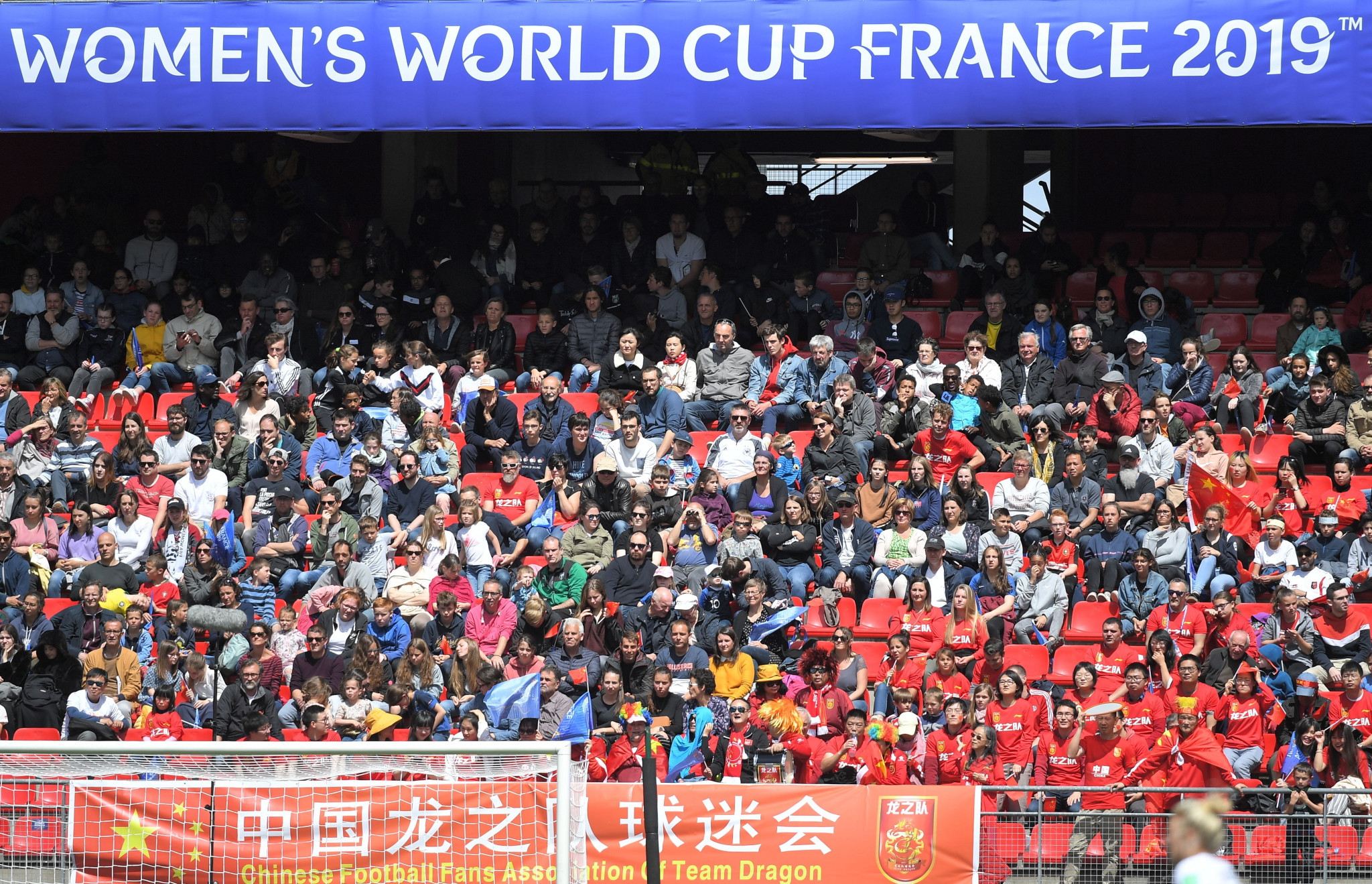 FIFA has admitted only 14 matches at the Women’s World Cup were sold out despite earlier claims tickets had been selling fast.

The governing body claimed on Tuesday that an important milestone had been reached with more than one million tickets having been allocated to fans.

FIFA said the opening game of the tournament between France and South Korea at the Parc des Princes in Paris was sold out.

A tickets were issued for Brazil’s group match with Jamaica in Grenoble, the smallest venue at the tournament.

Matches between the United States and Thailand, France and Norway, and Germany’s match with Spain were also considered sell outs.

A further nine matches fell into the same category, including the two semi-finals.

The final at the 57,900-capacity Stade de Lyon is also listed as sold out, with the match taking place on July 7.

FIFA President Gianni Infantino had previously claimed 20 matches had been sold out, while FIFA’s Twitter account had last month claimed tickets were available for “a few matches".

The claims had led to surprise when several of the matches had been played out in venues with large numbers of empty seats.

The highly-anticipated group match between neighbours England and Scotland saw only 13,188 fans in attendance at Allianz Arena in Nice, which can hold 35,100 spectators.

FIFA said on Tuesday that tickets were still available for matches from their website, with prices beginning at €9.

It is the first edition of the FIFA Women’s World Cup to feature single venue matches in a 24-team tournament.

The group stage of the 2015 tournament in Canada saw matches take place back-to-back in venues.