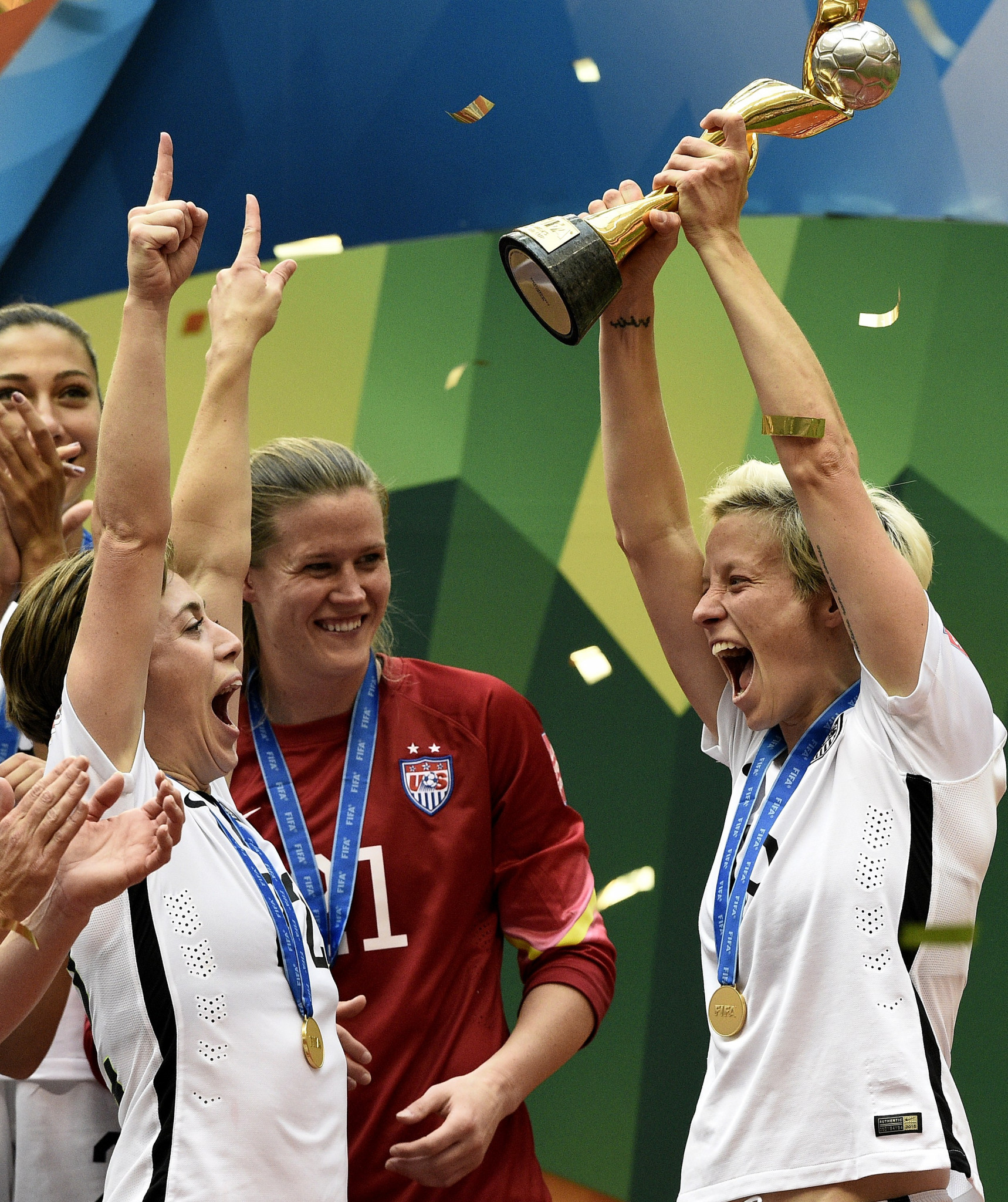 France’s women will seek to emulate the feat of their male counterparts in 1998 by winning the FIFA World Cup – which gets under way tomorrow - on home soil.

Some 24 teams will contest the eighth edition of this tournament, which will see the hosts, who are seeded third, play the first match tomorrow night at Parc des Princes in Paris, where they will meet Group A opponents South Korea.

Defending champions United States, who beat 2011 champions Japan 5-2 in the final four years ago in Canada, carry strong hopes of earning a fourth World Cup in what looks like being the last campaign for standout performers Megan Rapinoe, Allie Long and Alex Morgan.

The United States were unbeaten throughout 2018 after a 1-0 loss to Australia in 2017, and although this year got off to a jolt as they lost 3-1 to France and then failed to retain the SheBelieves Cup after drawing against England and Japan, they have been back on the gold standard in their five most recent games.

A 5-3 win over Australia has been followed by victories over Belgium, South Africa, New Zealand and Mexico with 17 goals scored and none conceded.

They are drawn in Group F, along with Thailand, Chile and ninth-seeded Sweden, who appear to be their strongest group opponents and against whom they lost in a penalty shootout as they defended their title at the Rio 2016 Olympics – that being the first time the US had failed to reach the semi-finals of a major tournament.

Sweden went on to the final in Rio, where they lost 2-1 to Germany, World Cup winners in 2003 and 2007, who are seeded second in France and – as always – are strong contenders.

England, managed by former England and Manchester United player Phil Neville, will draw strength from February’s victory in the four-team SheBelieves Cup in the United States.

A 2-2 draw against the hosts and defending champions and victories over Brazil and Japan, the latter of whom also drew with the United States, proved enough to secure a morale-boosting trophy for the Lionesses.

England may also draw on their painful 2-1 loss to Japan in the 2015 World Cup semi-final, where Laura Bassett put through her own net in time added on for injuries.

But there are other dangerous contenders in what could be the most open Women’s World Cup since the tournament was first staged in China in 1991, when the United States beat Norway 2-1 in the final.

The latter team cannot be ruled out, despite the high-profile absence of the forward reckoned by many to be the top women’s player, 23-year-old Ada Hegerberg, who is at odds with her national federation.

Brazil, featuring captain Marta, their all-time leading goalscorer on 110, will also present a threat, although they, like Sweden, are only 25-1 to win.

This will be the first FIFA Women's World Cup to use the video assistant referee (VAR) system.

There will be nine host cities involved – Paris, Nice, Montpellier, Rennes, Le Havre, Valenciennes, Reims, Grenoble and Lyon, which will stage the final on July 7 at Parc Olympique Lyonnais.