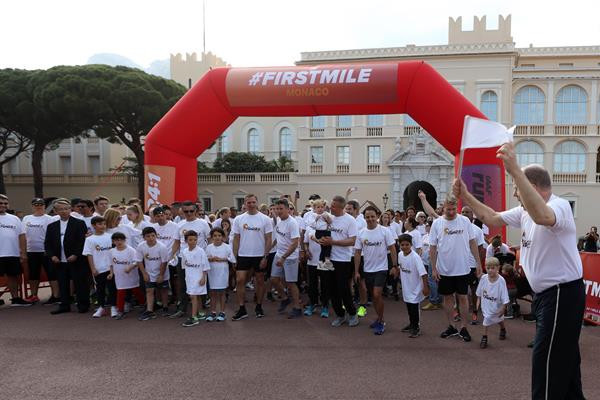 The International Association of Athletics Federations (IAAF) has finished a week of celebrating running with the first Athletics Family Mile Run here.

The race began and ended at Monaco's Place du Palais, with members of the IAAF Council, IAAF staff and sporting stars participating.

"I'm passionate about getting as many people as possible moving, active and running,” said Radcliffe, who has held the world marathon record of 2hrs 15:25mins since 2003.

"It's just a proper love story with this sport"

The celebratory week began on June 1 in Lanzhou in China with the inaugural IAAF Global Running Conference.

It continued with the second edition of IAAF 24-1, a series of one-mile runs across the world, before more than 50,000 children participated in the IAAF Kids’ Mile Runs in nearly 50 countries on June 6, coinciding with Global Running Day.

“I was blown away by what I was watching over the week," said Coe.

“I sense that we’ve begun to unleash the potential that we hadn’t quite realised we had, latent potential that’s been sitting around for a long time.

"More people do what we do over the course of the week than any other activity.

"And I think just the speed with which this has grown has shown that there’s no reason that this shouldn’t continue to grow.

"I can see this becoming a major part of the sporting calendar."