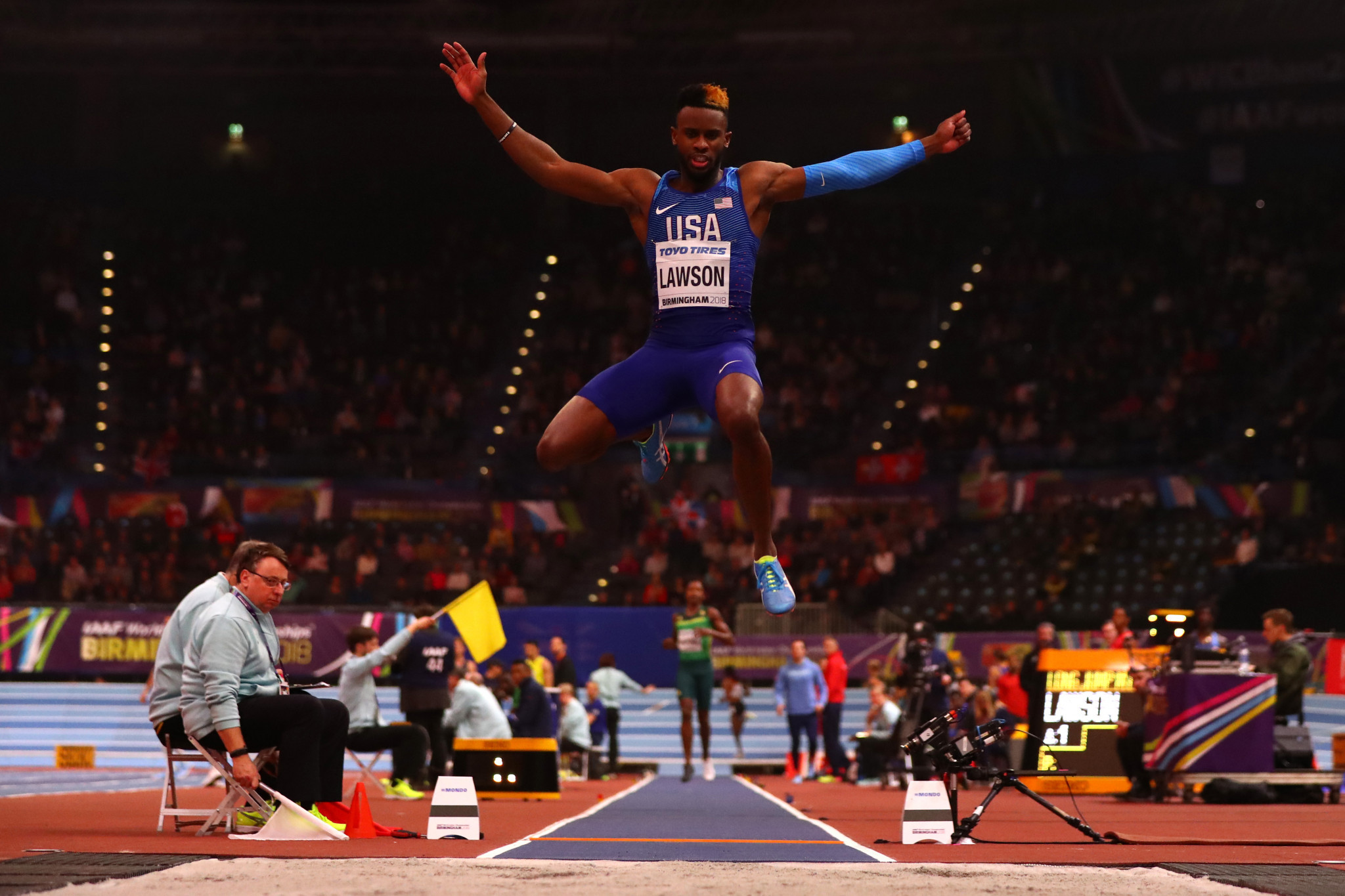 World Championships long jump silver medallist Jarrion Lawson of the United States has been given a four-year ban after he tested positive for a prohibited substance.

The Athletics Integrity Unit (AIU) revealed that a sample given by Lawson, a former sprinter tipped to win a medal at next year's Olympic Games in Tokyo, in June of last year contained the anabolic steroid epitrenbolone.

The 25-year-old American, second in the long jump at London in 2017, has blamed contaminated beef for the failed drugs test.

The AIU panel did not accept this explanation and claimed his legal team had been unable to prove he bore no fault or negligence for the anti-doping rule violation.

Lawson, fourth in the long jump at the 2016 Olympics in Rio de Janeiro, is expected to appeal the decision.

If the verdict is upheld, he will miss Tokyo 2020 and the 2021 World Championships in Eugene in the United States.

He has been banned from August 3, the date he was notified of the adverse analytical finding.

Lawson and his legal team argued a meal he ate at a restaurant in Arkansas the day before he tested positive was responsible for the epitrenbolone entering his system.

They cited how the drug is injected into cows as a hormonal growth promoter, a procedure which has been used legally in the US since 1986.

"Lab results have shown that there were extremely trace amounts of the metabolite in my sample," Lawson said in a statement.

"We are confident that we will prove that the metabolite entered my system through contamination."

In other verdicts announced by the AIU, Greek javelin thrower Ioannis Kiriazis has been provisionally suspended.

The 23-year-old European under-23 Championships silver medallist is not eligible to compete until the case has been resolved.

The AIU has not released any further details regarding Kiriazis' alleged doping offence.