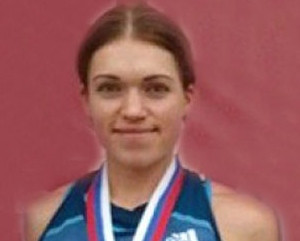 Russian middle-distance runner Kseniya Savina has been banned for 12 years after she tested positive for a prohibited substance and was found to have forged medical documents in an attempt to avoid punishment.

The Athletics Integrity Unit (AIU) confirmed the allegations against the 29-year-old and also suspended her husband and coach Aleksei Savin for four years.

Savina, who has a personal best of 1min 59.97sec for the 800 metres, tested positive for the blood booster erythropoietin last year.

She was provisionally suspended by the AIU in June.

Savina claimed she had tested positive after her medication for back pain was mixed up with her husband's drugs to treat chronic renal failure.

According to the full AIU decision in the case, she provided medical documents to support her claim that Savin was suffering from the condition.

The AIU and the Russian Anti-Doping Agency investigated and found the documents were in fact false.

The investigations department of RUSADA were told by the clinic that it did "not issue documents such as the one provided by the athlete", the AIU said.

The chief doctor of the clinic then confirmed in writing to RUSADA that records were forged.

The AIU statement confirmed Savina was guilty of two anti-doping rule violations and would be suspended for 12 years, a decision which effectively ends her career.

Her coach and husband was ruled to have been complicit in the forgery and was hit with a four-year ban.

It has also been claimed that Savina used a Ukrainian passport from a friend from Crimea who was around the same age and looked similar to compete internationally in Belgium, the Czech Republic and Portugal.

Russian athletes are currently barred from competing abroad unless they have been cleared by the International Association of Athletics Federations following a ban imposed on the country in November 2015 following allegations of state-sponsored doping.