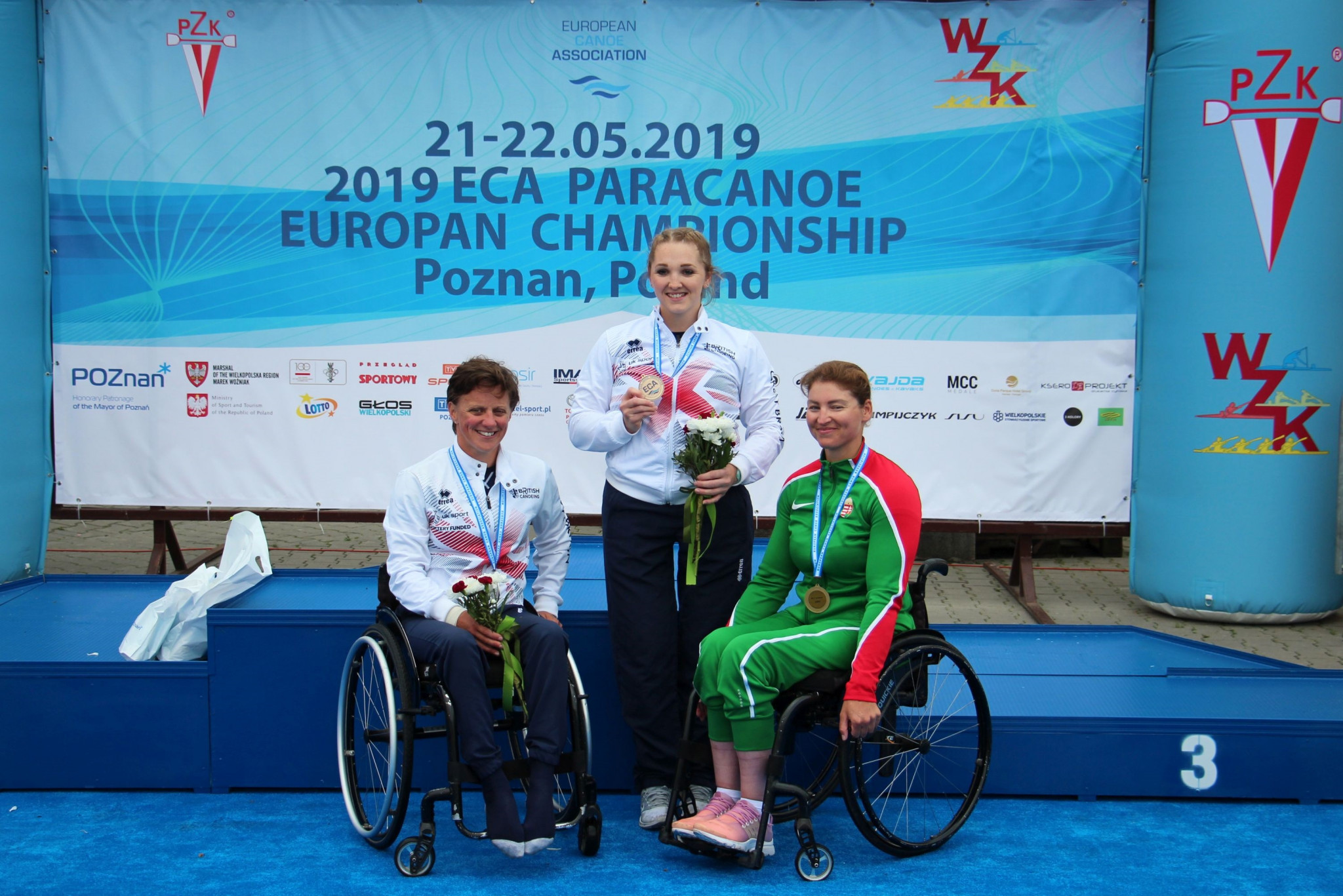 Great Britain once again showed their power by winning six medals in hard and windy conditions on the second and final day of the Paracanoe European Championships in Poznań.

Henshaw triumphed in a time of 49.022sec, 2.220 seconds faster than her fellow Briton Emma Wiggs.

Hungary’s Katalin Varga was the bronze medallist in 54.826.

"It is really windy today, very different from yesterday, so it was a real challenge to do your race plan," Henshaw said.

"I was disappointed with my heats performance yesterday, so the challenge for me was to leave that yesterday.

"Today was a new day.

"I managed to do that and this is a real positive I can take out of it."

France’s Eddie Potdevin finished the race in second place in 50.785 and Britain’s Nicholas Beighton was third in 50.989.

And we have the final results of the 2019 ECA Paracanoe European Championships in Poznan, Poland. Congratulations to all the medallists! pic.twitter.com/7wTrMxHJao

Host nation Poland also had reason to celebrate today as Katarzyna Sobczak came out on top in the women’s KL3 200m final.

After securing two European titles in yesterday’s men’s KL2 and KL3 events, Ukraine had another gold medallist today through Maryna Mazhula in the women’s KL1 200m.

Jakub Tokarz claimed the second medal of the day for Poland, picking up the silver in 55.760.

Portugal’s Norberto Mourão was third in 55.920 and thus won his country’s first-ever medal at the Paracanoe European Championships.

The men’s VL1 200m race was a non-official event because there were not enough countries on the start line according to the competition rules.

Russia’s Artur Chuprov finished in front of Ukraine’s Mykola Fedorenko with a time of 1min 02.996sec.

The pair were separated by 9.656 seconds.