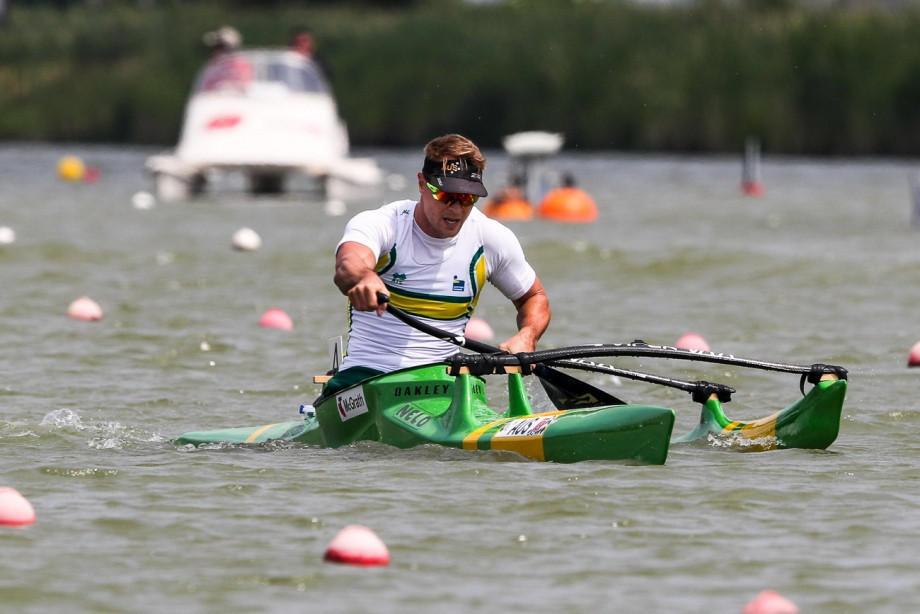 Paddlers from Uzbekistan, Italy and Russia also secured wins today on the final day of competition in the Paralympic ranks.

McGrath followed his KL2 win yesterday with another tough success in the VL2 category due to be added onto the Paracanoe programme at Tokyo 2020.

Khatmurot Sherkuziev of Uzbekistan was second in 49.103 while Britain's David Phillipson took bronze in 50.414.

“It was a really fast call at the start, so a lot of us weren’t set properly, and that last 50 metres, I was really holding on to that paddle, probably a bit too tight, so my arms were filling up with lactate.

“I think due to my preparation leadning in I had to be content that I wasn’t going to perform as well as I wanted to, but it goes back to all those years I’ve worked hard in the V1, and now I’m in the VL3 class it’s a good feeling to race the fastest in this group.”

It proved enough for a comfortable victory over British team-mate Charlotte Henshaw, second in 49.118, and Russia's Andreeva Nadezda, who was a distant third in 52.779.

Alexandra Dupik took Russian gold in the women's KL1 200m after her time of 56.143 proved enough in a tight final.

Katherinne Wollermann Zapata took Chilean silver in 56.348 and there was bronze for Britain's Jeanette Chippington in 56.993.

Uzbekistan's Shakhnoza Mirzaeva claimed the other win today in the women's KL3 200m.