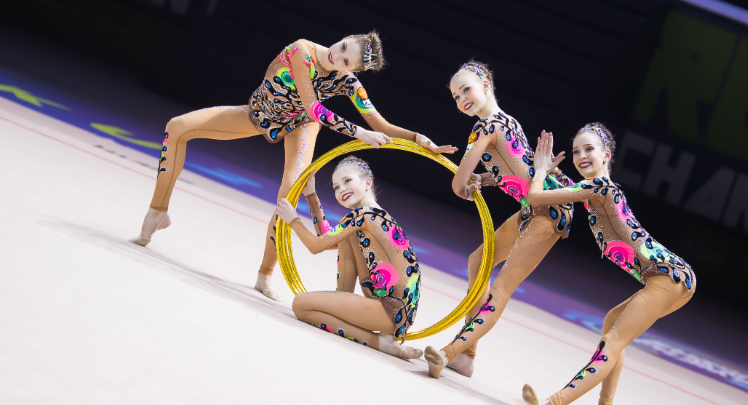 The Russians scored a total of 23.700 points at National Gymnastics Arena, with a margin of 0.600 separating them and second-placed Belarus.

A dropped hoop at the end of their routine was caught just before it left the carpet, avoiding a bigger penalty than the 0.300 points they received.

Russia 🇷🇺 leads the qualification with 5 hoops at #RGECh2019 ahead of Belarus 🇧🇾 and Italy 🇮🇹 pic.twitter.com/IBr3LwmmL5

Ukraine, Azerbaijan, Spain, Estonia and Lithuania will join the top three in the apparatus final on Sunday (May 19).

Today’s competition was preceded by an Opening Ceremony, which was put on by the Azerbaijan Gymnastics Federation and featured some of its national team members.

The senior individuals will complete their hoop and ball routines tomorrow.