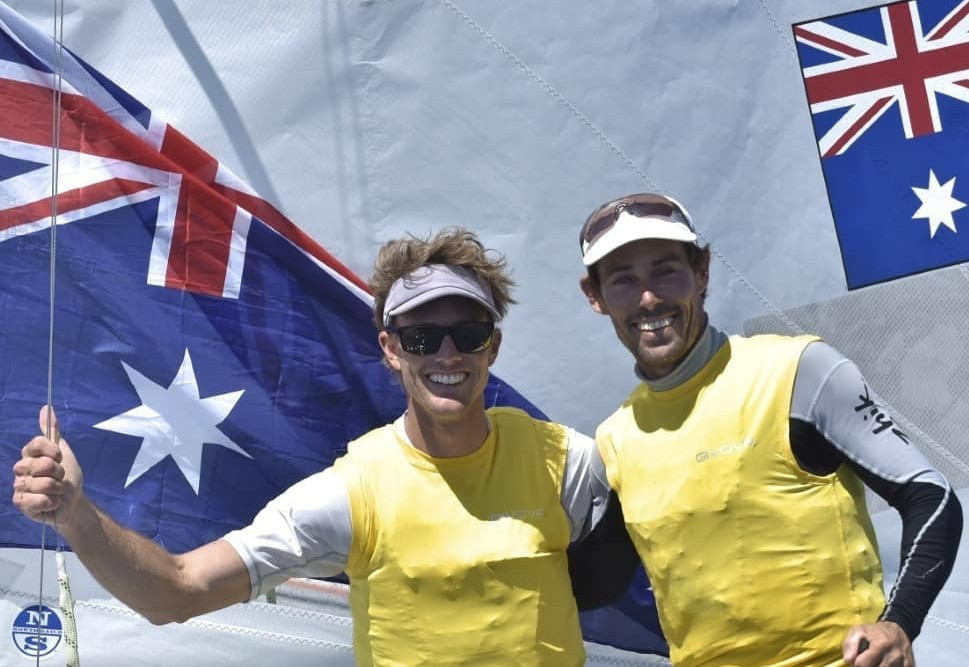 The duo finished with eight net points, having dominated throughout in Marina degli Aregai in Italy.

Dahlberg and Bergström were 15 points behind.

In the women's competition, French pair Camille Lecointre and Aloise Retornaz took the lead when it mattered most, becoming European champions after achieving a net total of 20.

Britain's Hannah Mills and Eilidh McIntyre finished second on 23, while Afrodite Zegers and Lobke Berkhout were third on 32.4.

The Finn European Championships got under way in Athens, having been delayed for a day due to weather conditions.

He has a four-point lead over New Zealand's Andy Maloney and is 10 points ahead of Hungarian world champion Berecz Zsombor.

In the Nacra 17 European Championships in Weymouth, Italy's Ruggero Tita and Caterina Banti are still out in front with five points.

Britain's John Gimson and Anna Burnet are second on 10, while Tita and Banti's compatriots Vittorio Bissaro and Maelle Frascari Diotallevi move down to third with 11.

The former sit in first with seven net points, while the latter have been demoted to fourth on 12.

In second place is Spain's Silvia Mas Depares and Patricia Cantero Reina, while Australian brothers Sam and Will Phillips are third with 10.

In the 49erFX, Britain's Charlotte Dobson and Saskia Tidey have the lead after achieving eight points, while Brazil's Martine Grael and Kahena Kunze are second on the same score.