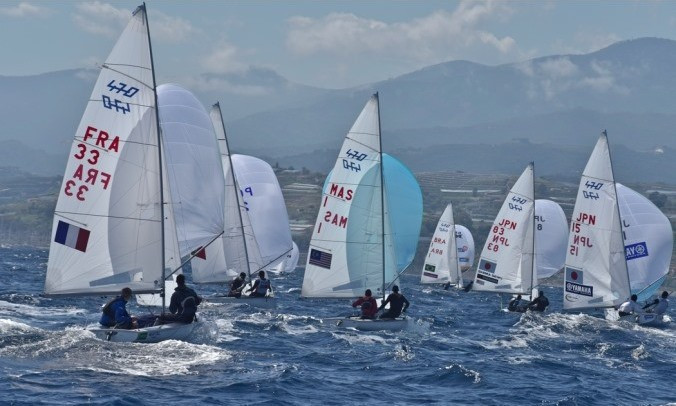 On a day marred by testing weather conditions, only two races could be completed.

Mills and McIntyre secured a third and second-place finish to head the leaderboard with 13 net points, with France’s Camille Lecointre and Aloise Retornaz rising to second on 18.

In the men's competition, Australia's Matthew Belcher and Will Ryan extended their lead by finishing first and having a seventh-place finish discarded.

They now sit on six, with Sweden's Anton Dahlberg and Fredrik Bergström their nearest opponents on 13.

Spain's Jordi Xammar and Nicolas Rodriguez are third with 19.

The penultimate day of action will take place tomorrow.

The 49er and Nacra 17 European Championships are due to begin tomorrow in Weymouth, host of the sailing regatta at the London 2012 Olympic Games.

Home favourites Dylan Fletcher and Stuart Bithell will be considered the favourites in the 49er class, having triumphed at the Trofeo Princesa Sofia regatta in Palma last month.

“Palma was an awesome regatta for us," said Fletcher.

“We have been pushing for a performance like that.

"Weymouth is our home and we know it very well, we are feeling good and excited to have everyone back in our home town.

"The 49er fleet is incredibly strong at the moment, so we are coming here to just put our best foot forward and we know that if we do that we will be hard to beat.”

Action will take place until Sunday (May 19).

Athens is also set to host a European Championship event, with the Finn class taking to Greek waters tomorrow.

Again a British athlete will be considered the favourite, with Ed Wright returning to defend his European title.

Wright triumphed at the 2018 Europeans in Cadiz in Spain, before rounding off the season with third at the World Cup Series on the Tokyo 2020 Olympic sailing waters of Enoshima.

Racing will take place until Saturday (May 18).