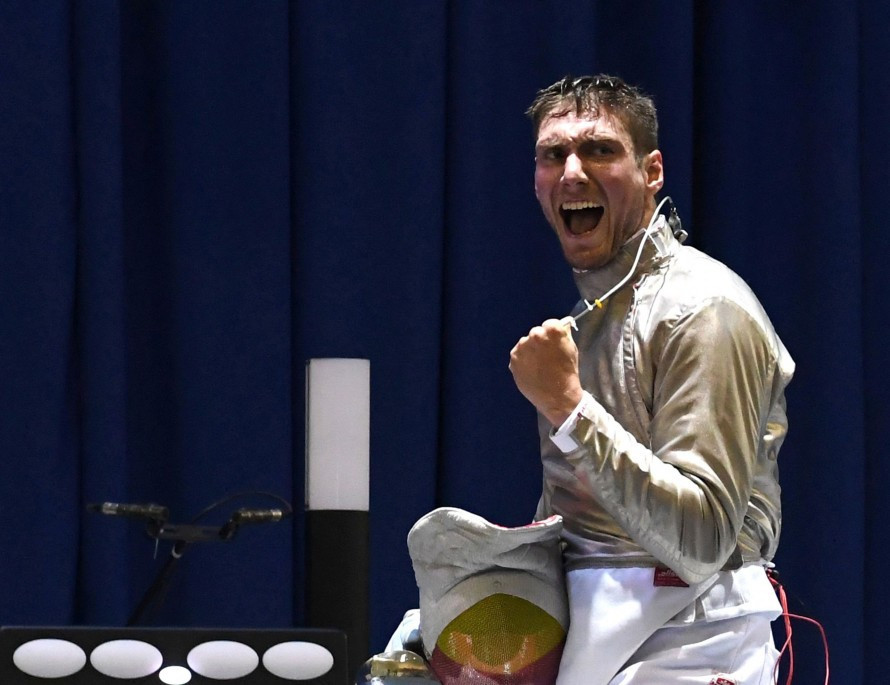 The clash was a repeat of the 2017 European Championships final, at which Hartung was also triumphant.

After Hartung had won his quarter-final clash against Italy's Aldo Montano 15-5, it was expected he would meet top seed and American Eli Dershwitz in the semis.

Dershwitz exited the tournament after losing 15-10 to South Korea's Kim Jun-ho, however.

Hartung then despatched Kim 15-14 to reach the final.