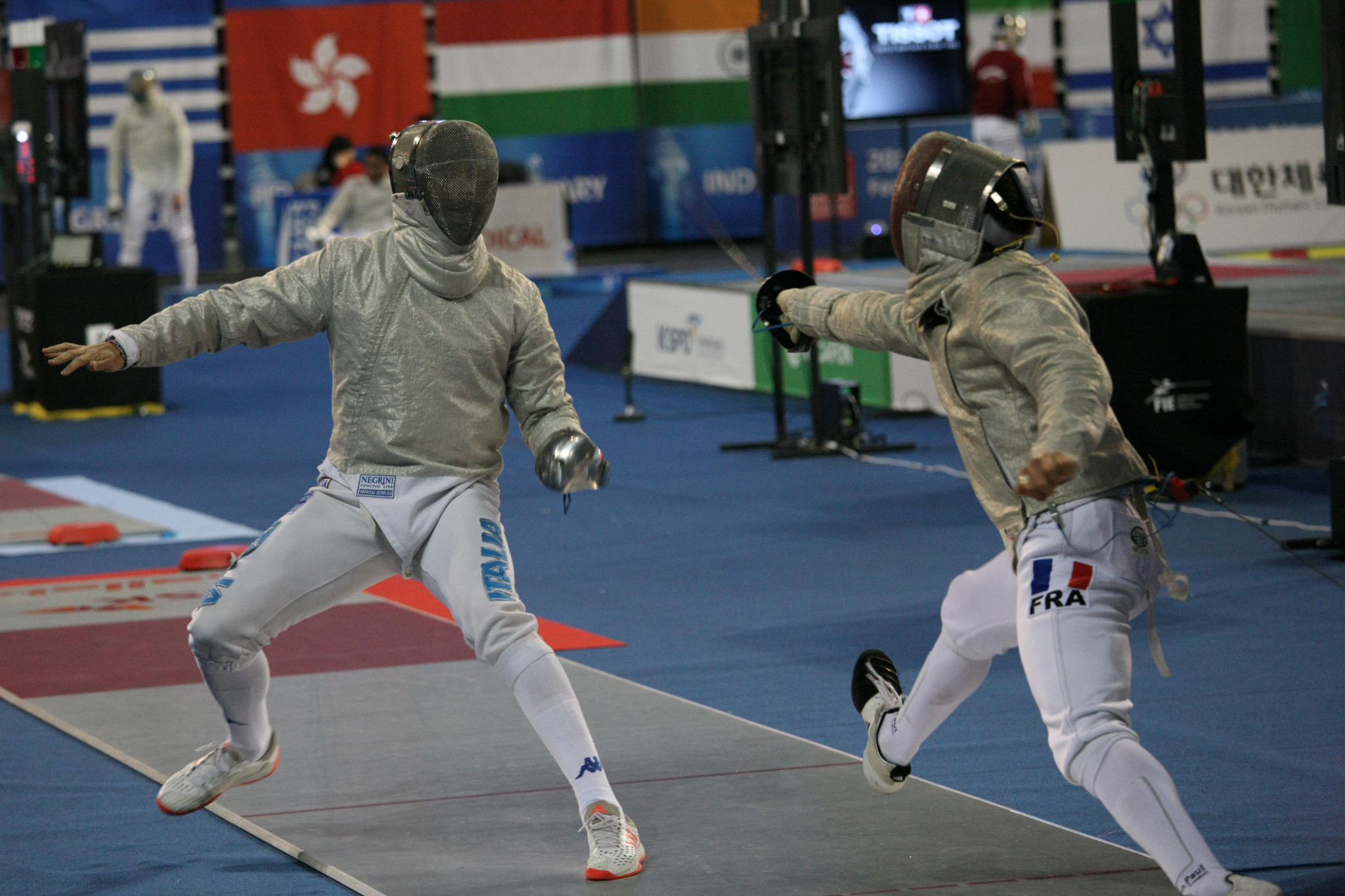 France's Maxence Lambert has come through the pool stage and preliminary rounds at the International Fencing Federation (FIE) Men's Sabre World Cup in Madrid to set up a last-64 clash with top seed Eli Dershwitz of the United States.

He will now go onto meet Dershwitz, the 2018 world silver medallist, in the first round of the main draw at the Spanish capital's Centro Deportivo Vallehermoso.

Second seed Oh-Sang-uk of South Korea has also learned who his last-64 opponent will be with China's Wang Shi earning the right to face him.

At the FIE Women's Sabre World Cup in Tunis, South Koreans Kim Jiyoung and Yang Yesol have secured last-64 matches against the two highest-ranked players after navigating their way through the pool stage and preliminaries.

Kim will go up against top-seeded Russian Sofya Velikaya, while Yang will do battle with second-seeded Frenchwoman Cécilia Berder at the Tunisian capital's El Menzah Sport Palace.

Individual competition in Madrid and Tunis is due to conclude tomorrow with the medallists to be decided come the end of the day.

Team events are scheduled to be held on Sunday (May 12).