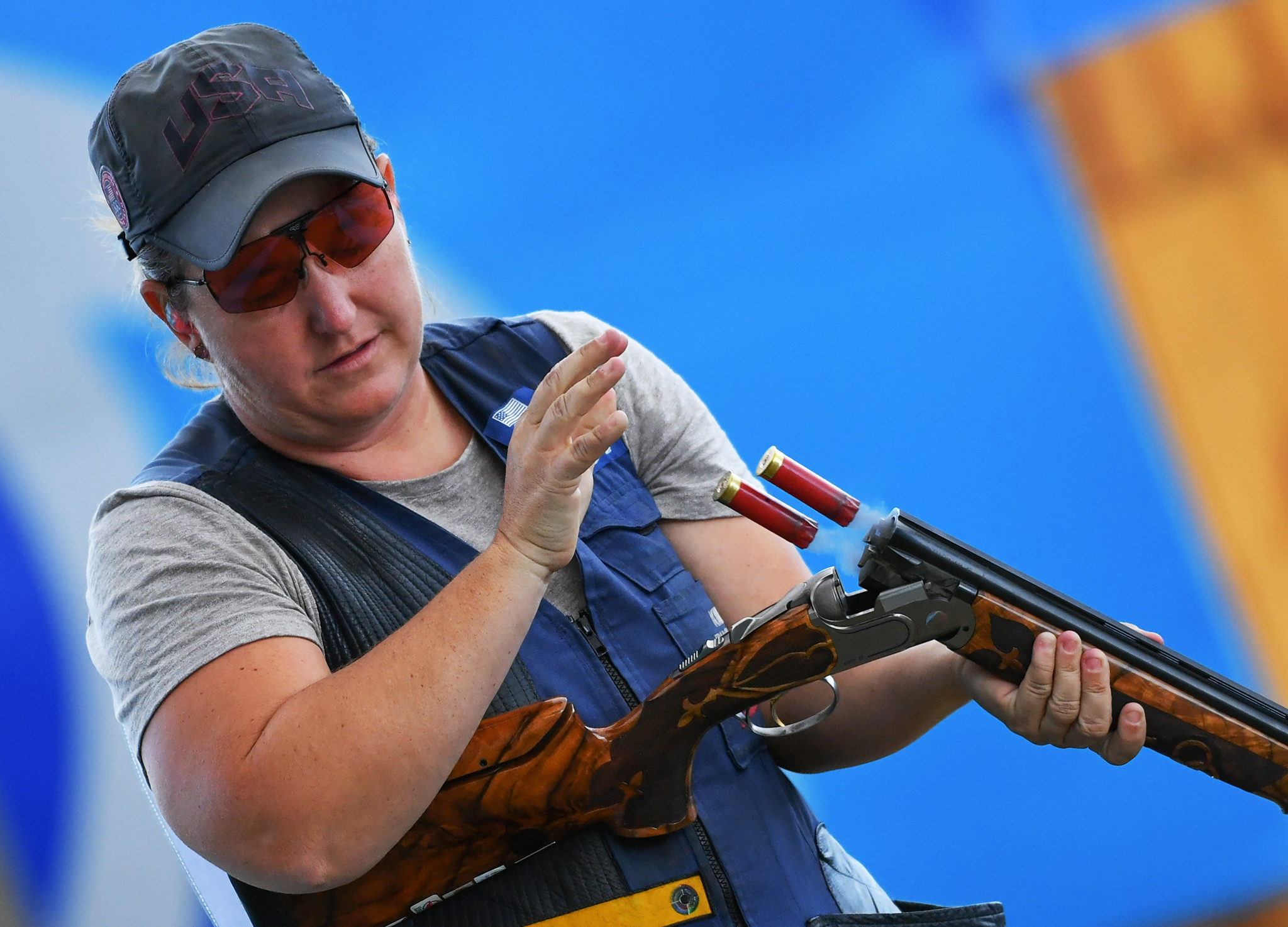 The 39-year-old American, who has won three Olympic and two world titles in her career, hit 57 from 60 targets and has now won the first three World Cups of 2019 following earlier successes in Acapulco and Al Ain.

It was the 21st World Cup gold of her career.

Rhode had qualified with a total of 122 targets from 125, but she was bettered by the Italian, who hit 123 - a world record-equalling score.

However, Rhode had finished the stronger in the second section of qualifying, scoring two maximums of 25, and she carried on her momentum in the final.

Bacosi hit 54 targets to secure second place ahead of her compatriot Chiara Cainero, who took bronze with 44 in the final.

The result saw Italy secure the two Tokyo 2020 quota places on offer for this event.

The World Cup in South Korea continues tomorrow with the men's qualification and final.