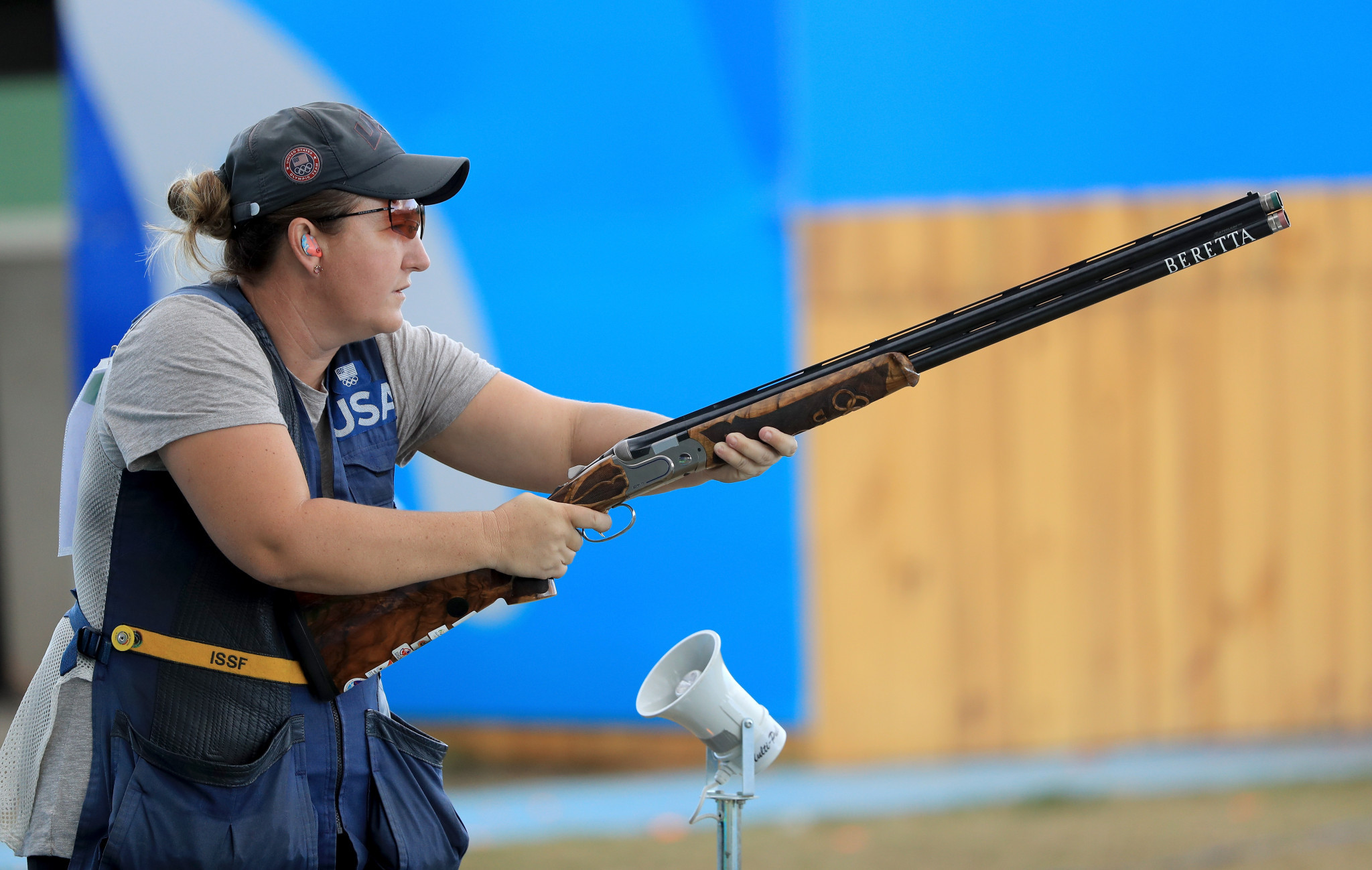 Kim Rhode of the United States made a steady start to the defence of her women’s skeet title at the International Shooting Sport Federation (ISSF) Shotgun World Cup in Changwon.

The American is just two shots off the leader, Italy's Diana Bacosi, after the first three rounds of qualifying.

Bacosi totalled 74, just one off the maximum score.

Olga Panarina of Kazakhstan and Isarapa Krakhmaleva of Thailand stand joint second on 73, with Rhode among five women in joint third position on 72.

Rhode has won the women’s skeet event at this year’s previous two ISSF Shotgun World Cups, in the Mexican city of Acapulco in March and Al Ain in the United Arab Emirates last month.

She won in Changwon last year with a world record score of 58 targets out of 60 in the final, beating Britain’s Amber Hill.

Also hoping to retain their titles in a competition that runs until May 18 are Rhode’s compatriot Vincent Hancock in the men’s skeet, Italy’s Mauro De Filippis in the men’s trap and Finland’s Satu Mäkelä-Nummela in the women’s trap.

A mixed trap event is also set to be held in the South Korean city that hosted the 2018 ISSF World Championships.

Eight quota places for the Tokyo 2020 Olympic Games are on offer at the event.

Forty nations from Africa, the Americas, Asia, Europe and Oceania have already secured their participation at Tokyo 2020, with 113 out of 300 individual quota places allocated so far.