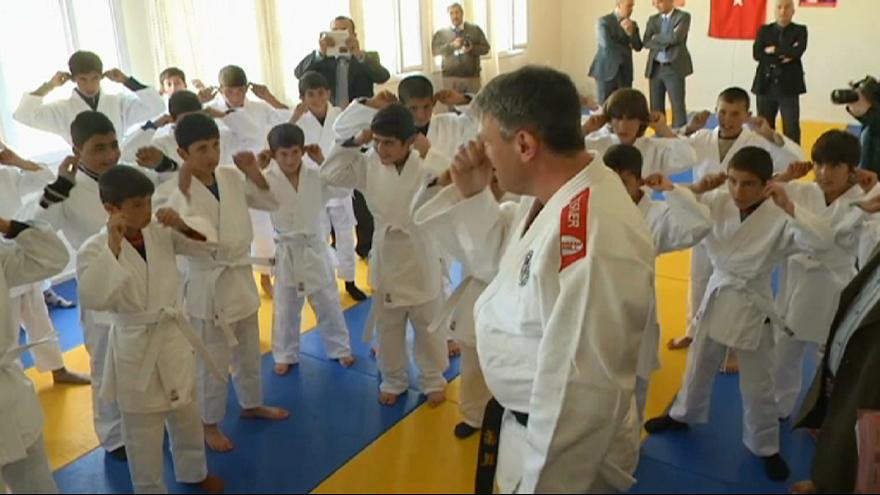 The move enables athletes to qualify for IJF or continental junior and age group competitions.

They can be registered by the National Federation of the host country should they meet a series of requirements.

This included proving residency in the host country for at least one year, proof of the integration of their parents and showing they are part of the school or university system.

Proof of integration in a judo club of the host country affiliated to the National Federation is another requirement.

IOC sport director Kit McConnell revealed during the SportAccord Summit they have since held talks with the IJF over their project.

The IOC have now expressed their intention to build on the initiative in the hope can be rolled out to other International Federations.

A series of guidelines are expected to be developed.

"It is about those athletes that have changed country and do have a legal basis in which they have moved countries," McConnell

"They do have some type of documentation, be it a work permit or residency permit.

"But equally because of their status, they may not have the ability to compete in local or national competitions because they do not have the nationality of that host country.

"We thank the IJF for the project they came up with, which looked to find a way to integrate those athletes and their families into local and national programmes of sport.

"We have talked to them about that and believe it is very transferrable across a number of Federations and sports.

"We want to work with judo and National Olympic Committees to develop guidelines to help people in these situations.

"It is focused on athletes that do have that legal residency in countries that are not of their origin, but they also do not have a status that allows them to compete in national competitions and qualify for national teams, they are somewhat in-between.

"We will develop guidelines for how athletes and their families can be supported."

The IOC hope the project complements two similar projects established by the organisation in recent years.

This included the Olympic Refuge Foundation, jointly established by the IOC and the United Nations High Commissioner for Refugees.

The Foundation is aimed at bringing sports to some of the world’s most disadvantaged children and youth.

It was formed as an extension of the Refugee Olympic Team project.

A 10-strong team participated at the 2016 Olympics in Rio de Janeiro - the first Games to feature a refugee team.

The IOC Session last year approved for the Refugee Olympic Team to participate at next year's Olympic Games in Tokyo.