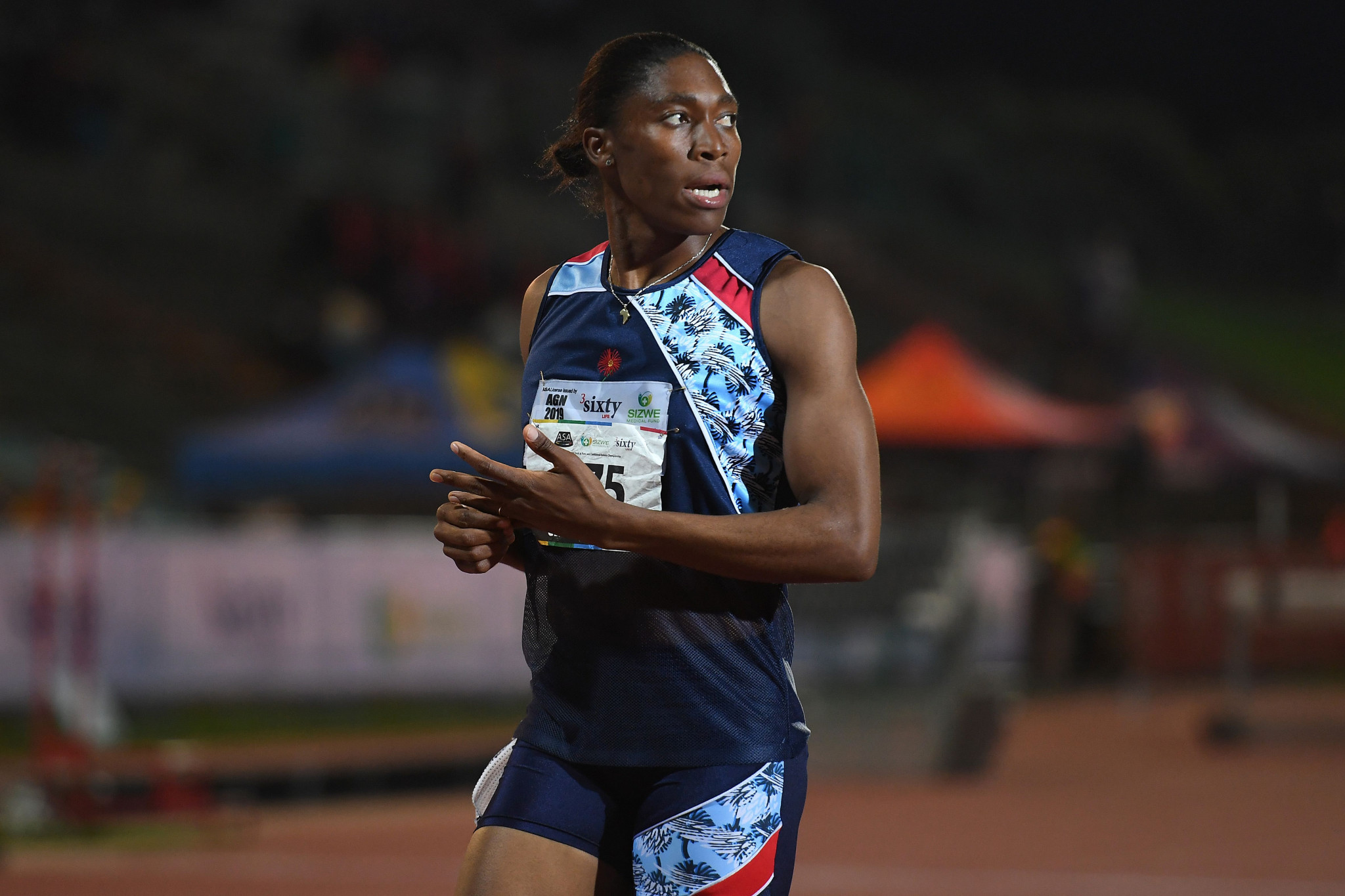 Scotland’s Liz McColgan and Ireland’s Sonia O'Sullivan are among those to have expressed support for the Court of Arbitration for Sport’s (CAS) controversial decision on the landmark case involving Caster Semenya and the International Association of Athletics Federations (IAAF).

CAS announced yesterday that it had decided in favour of the IAAF, meaning Semenya will have to take medication to reduce her testosterone if she wants to continue running on the world stage.

Fans have today been urging Semenya not to quit athletics after she posted a cryptic message on Twitter including a quote hinting at retirement.

Semenya, a double Olympic and triple world champion over 800 metres, was challenging the IAAF which had been hoping to bring in new rules on female participation.

The IAAF claimed the South African and other female runners with high testosterone levels, who compete between 400m and the mile, must either take medication or compete against men.

According to the world governing body, this was to create a level playing field but the 28-year-old Semenya and others argued the testosterone in her body was naturally occurring and so to ban her would be unfair.

In October, the IAAF delayed the implementation of the new rules until the proceedings had concluded.

McColgan, the gold medallist in the 10,000m at the 1991 World Championships in Tokyo and silver medallist over the same distance at the 1988 Olympic Games in Seoul, has taken to social media to voice her backing for the CAS’s decision.

The 54-year-old, whose daughter Eilish is a potential rival of Semenya’s over 1,500m and 5,000m, said it would "safeguard the future of women’s sport".

She also claimed hyper-androgynous athletes should compete in a separate category, rather than being ordered to take drugs to bring their hormone levels into line.

"The right decision has been made we need to safeguard the future of women’s sport it is not about anyone individual but the fact that women deserve the right to a level playing field a separate catagory (sic) needed not enforced drug taking though," she wrote on Twitter.

Writing in The Irish Times, O’Sullivan – the gold medallist in the 5,000m at the 1995 World Championships in Gothenburg and silver medallist over the same distance at the Sydney 2000 Olympics – placed emphasis on the fact that Semenya is not the only athlete that will be required to conform to new rules.

"She is the name that makes the headlines and so the debate always seems to centre around one athlete and the IAAF," she states.

"In reality the new regulations are there to protect the sport and all the women that aspire to run and maybe one day compete in a world or Olympic final.

"These events are governed by the IAAF and as a result if an athlete wishes to participate in an IAAF-sanctioned event then they are required to conform to the rules.

"This is just one rule that has been created to ensure a more fair and level playing field for all women.

"Athletics is a simple sport; the results are invariably defined by the best result, the faster, the higher, the strongest.

"It is one of the few sports where men and women, even while competing in separate categories, compete in the same stadium, at the same time, in front of the same audience.

"Even in more modern times athletics is still one of the few sports where female athletes are treated equally and given the same respect as male athletes.

"It is accepted that women don’t achieve the same speed, height or distance as men at the highest level, but this does not lower the interest in female athletics competitions.

"A competitive race can be just as exciting whether it is men or women running around the athletics track.

Semenya said yesterday the decision would "not hold me back" and that she will "once again rise above and continue to inspire young women and athletes in South Africa and around the world".

But in a tweet posted today, she appeared to be considering whether to continue competing.

"Knowing when to walk away is wisdom. Being able to is courage," it read.

"Walking away with your head held high is dignity."

One person responded to Semenya's tweet saying "never give up" while another called for her to "fight until the end".

But Semenya posted another tweet shortly afterwards that read: "That's me and will always be. I'm finished."

IAAF President Sebastian Coe welcomed CAS's decision when speaking at a news conference prior to tomorrow's Diamond League in Doha.

"It's pretty straightforward," he said.

"Athletics has two classifications, it has age and gender.

"We are fiercely protective of both and I am really grateful the Court of Arbitration has upheld that principle."

Coe, who declined to answer a question about why other genetic advantages are not regulated, said there would be no delay in implementing the new regulations.

This is despite the CAS panel expressing serious concerns as to the future practical application of the Differences of Sex Development regulations, leaving open the possibility of future changes.

With the new rules coming into effect on May 8, athletes who want to compete at the 2019 IAAF World Championships, due to take place in Doha from September 27 to October 6, will have to start taking medication within one week.

Semenya would still be eligible to compete at tomorrow's IAAF Diamond League meet.

ASA called the result of the case "disgraceful" and said the organisation was "deeply disappointed" and "profoundly shocked", saying the ruling justifies discrimination.

"ASA respects the CAS decision and will now review the ruling and decide whether to consider the option of taking this matter to the Swiss Federal Tribunal within the 30 days as stipulated in the ruling," a statement reads.

"We are however reeling in shock at the how a body held in high esteem like CAS can endorse discrimination without flinching.

"South Africa knows discrimination better and CAS has seen it fit to open the wounds of apartheid a system of discrimination condemned by the whole world as a crime against humanity.

"For CAS does not only condone discrimination but also goes to lengths to justify it, only undermines the integrity that this body is entrusted with.

"We believe their decision is disgraceful.

"The national federation continues to express our wholehearted support for Caster Semenya and all other female athletes who are similarly affected by the CAS award around the world."

The African National Congress said it was appalled at the decision, while the official opposition Democratic Alliance also voiced dismay and accused CAS of discriminating against Semenya.