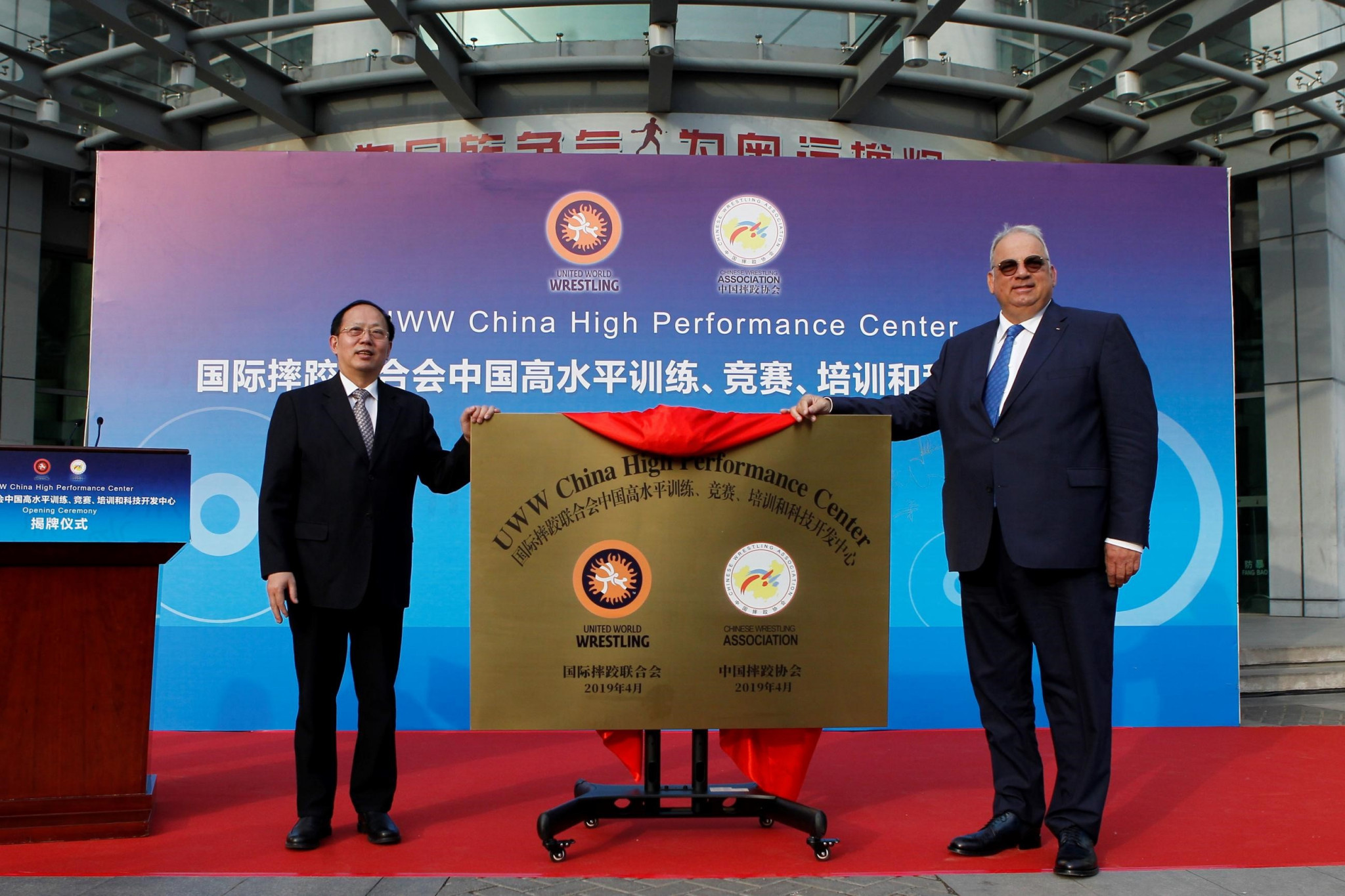 United World Wrestling (UWW) has unveiled a high-performance centre in China’s capital city Beijing, which is hoped will boost the development of the sport.

The centre is based at the National Olympic Sports Centre.

It is claimed the high-performance centre will host several activities in the future, including UWW advanced training camps.

Educational programmes for coaches and referees are also expected to take place at the venue.

“China is one of our most important partners and it has great potential to help bring wrestling to another level,” said Lalovic.

“I am very happy to see the state-of-the-art facilities here in the training centre that are now open to wrestling athletes worldwide.

“We hope to work closely with the Chinese Wrestling Federation in advancing the sport of wrestling in the region.”

The duo reportedly spoke about the development of wrestling in the country, particularly following the appointment of Zhang Xia as Chinese Wrestling Federation President.

She was elected as a member of the UWW Bureau in October, during the World Championships in Budapest.

“Although it was a short time since Ms. Zhang was appointed as the President of Chinese Wrestling Federation, we have seen the progress already in many areas,” Gou said.

“We are very happy that United World Wrestling chose to allocate its high-performance centre here.

“We will try our best to facilitate the growth of wrestling in China and contribute to the global development of the sport.”