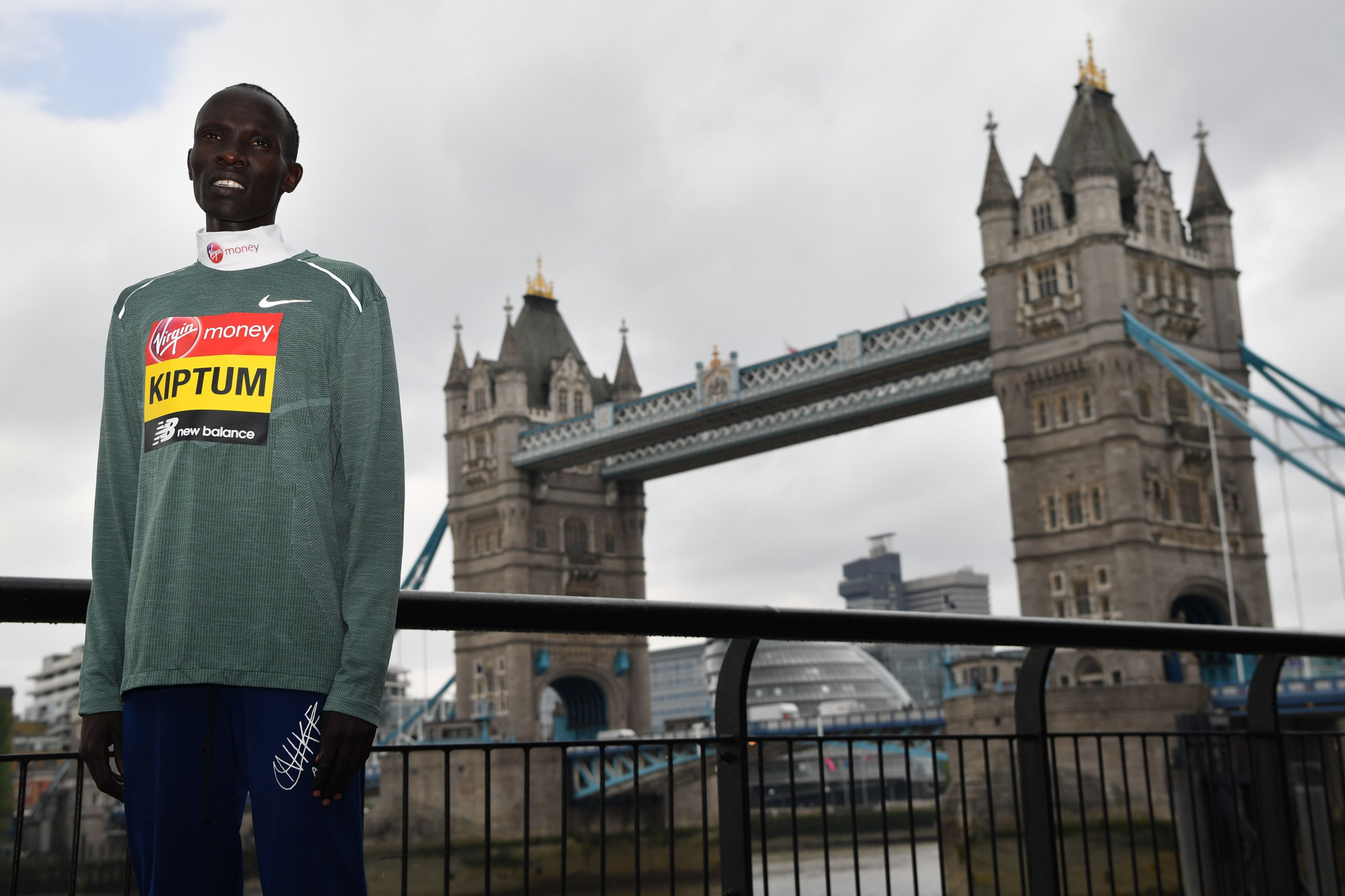 World half-marathon record holder Abraham Kiptum has been suspended by the Athletics Integrity Unit (AIU) two days before he had been due to compete in the London Marathon.

The AIU announced the Kenyan had been charged with an athlete biological passport (ABP) violation under International Association of Athletics Federations (IAAF) anti-doping rules.

The 29-year-old achieved a world record time of 58min 18sec at the Valencia Half Marathon last October.

Kiptum’s time was five seconds quicker than the previous record set by Eritrean Zersenay Tadese in 2010.

Prior to the London Marathon, the Kenyan had credited changes in his training programme as being responsible for his improvement, which had also seen him run a personal best of 2 hours 04min 16min for the marathon in Ab Dhabi last December.

"My preparations have been very good and I am happy with everything," he said.

"My improvement has been as a result of changes in my training programme.

"My coach is pushing me further and further and I am doing fewer races and more training."

Last month, the AIU and the Abbott World Marathon Majors (AbbottWMM) announced a “groundbreaking” testing programme which they claimed would be a “landmark moment in the drive for clean sport”.

The AIU claimed it would be an investigation and intelligence-driven testing programme.

During 2018, extensive analysis of the risks to the integrity of athletics and road running was undertaken, according to the AIU.

The programme was developed as a result, with a higher focus being placed on the best elite athletes.

It is claimed intelligence will ensure the right athletes are tested at the right time, involving a testing pool of around 150 athletes.

London Marathon organisers confirmed Kiptum would not participate in the race on Sunday (April 28).

"London is part of the Abbott World Marathon Majors and we recently announced an extensive, intelligence-driven testing programme.

"This shows the programme is working.

"Cheats will be caught and there is no place for them in marathon running."

Kiptum’s suspension is the latest blow to Kenyan athletics, with four athletes from the country now serving provisional suspensions.

A further 36 Kenyan athletes are listed by the AIU as serving bans for doping offences.

The country’s recent doping woes prompted WADA to investigate with a report outlining several concerns over the structures in place.

WADA said, however, that there had been no evidence of institutionalised doping.

Kiptum’s suspension is the latest event to overshadow the men’s elite race at this year’s London Marathon.

The feud has escalated following Farah’s initial claims of an alleged theft at Gebrselassie's hotel in Ethiopia.