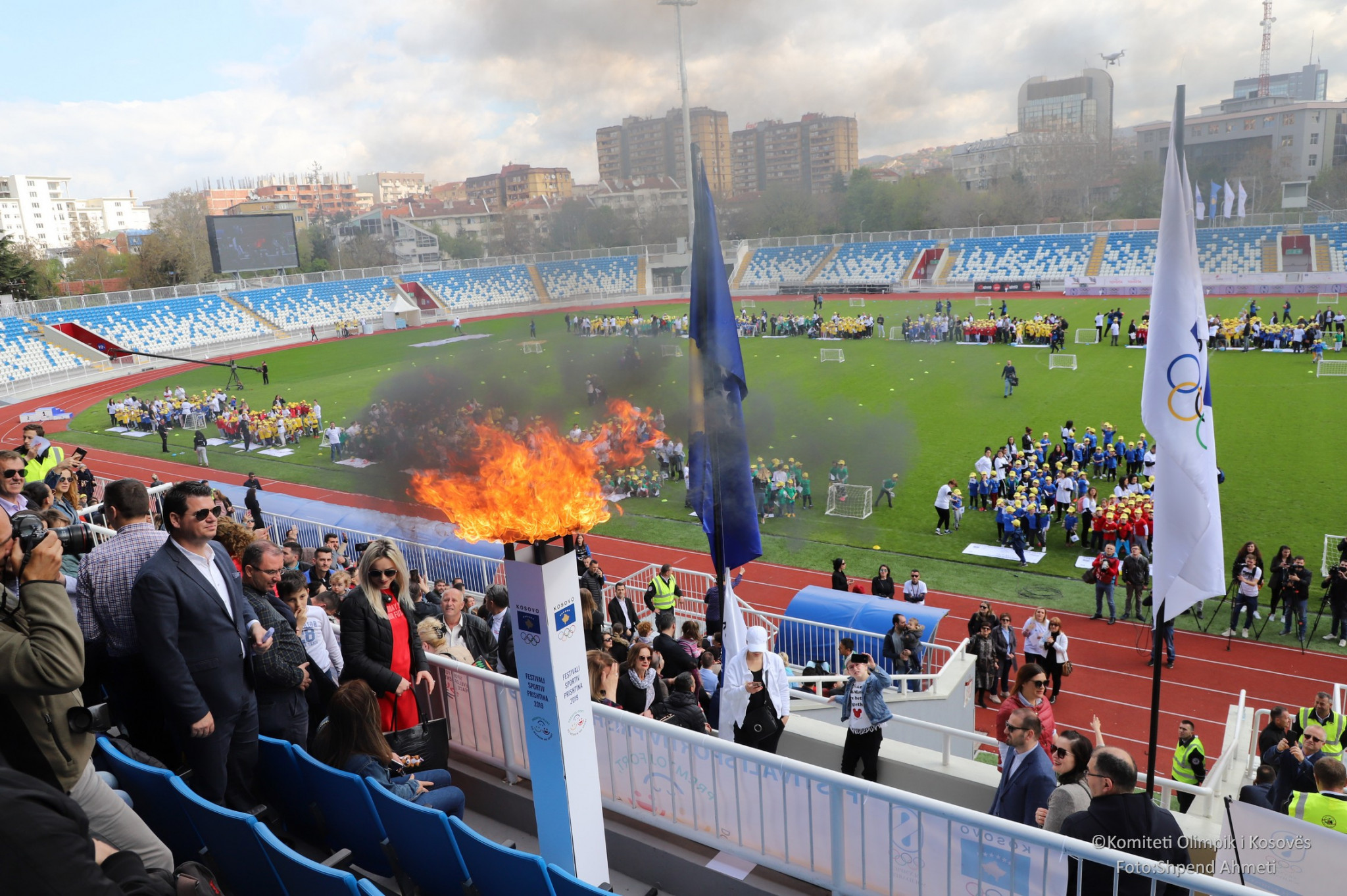 Around 2,000 Kosovo pre-school children had the opportunity to experience what it felt like to be part of an Olympic Games as they took part in the Sports Festival for the preschoolers of Pristina.

The Festival was organised in honour of the International Day of Sport for Development and Peace, and it brought together thousands of parents and fans in the forums as well as the highest state and sports personalities in Kosovo, who held white papers to convey the message of peace.

Besim Hasani, President of the KOC, spoke about the 2016 Olympic Games in Rio de Janeiro, in which Kosovo debuted with a gold medal thanks to judoka Majlinda Kelmendi.

"We are here today to experience together what the Kosovo Olympic team has experienced in Rio 2016," he said.

"We invite you, dear children, to get involved in one of the sports that are practised in Kosovo!

"We beg the parents that in the same way they send their children to school to also involve them in one of the 1400 clubs in Kosovo, because through doing sports, kids gain 24 skills that no other institution is able to provide.

"Through this festival, we are also sowing the seed of love for sport."

Kadri Veseli, Chairman of the Assembly of Kosovo, added: "Sport is the future of Kosovo; we will invest even more in sports, in stadiums all around the Republic of Kosovo, as in basketball and all other fields of sport.

"You are the future champions of Kosovo; you are the descendants of Adem Jashari [one of the founders of the Kosovo Liberation Army], and of the champion Majlinda Kelmendi.

"Kosovo is blessed to have you for the fact that you are the champions of Kosovo’s football, basketball, and handball and of all other fields."

The official opening was made by Kujtim Gashi, the Minister of Culture, Youth and Sports.

About 50 teams of Pristina’s preschool institutions paraded in the Stadium with flags in their hands.

The Festival was broadcast live on RTK, Kosovo's public service broadcaster, and on social networks, thanks to the media sponsor Kosovo Press.