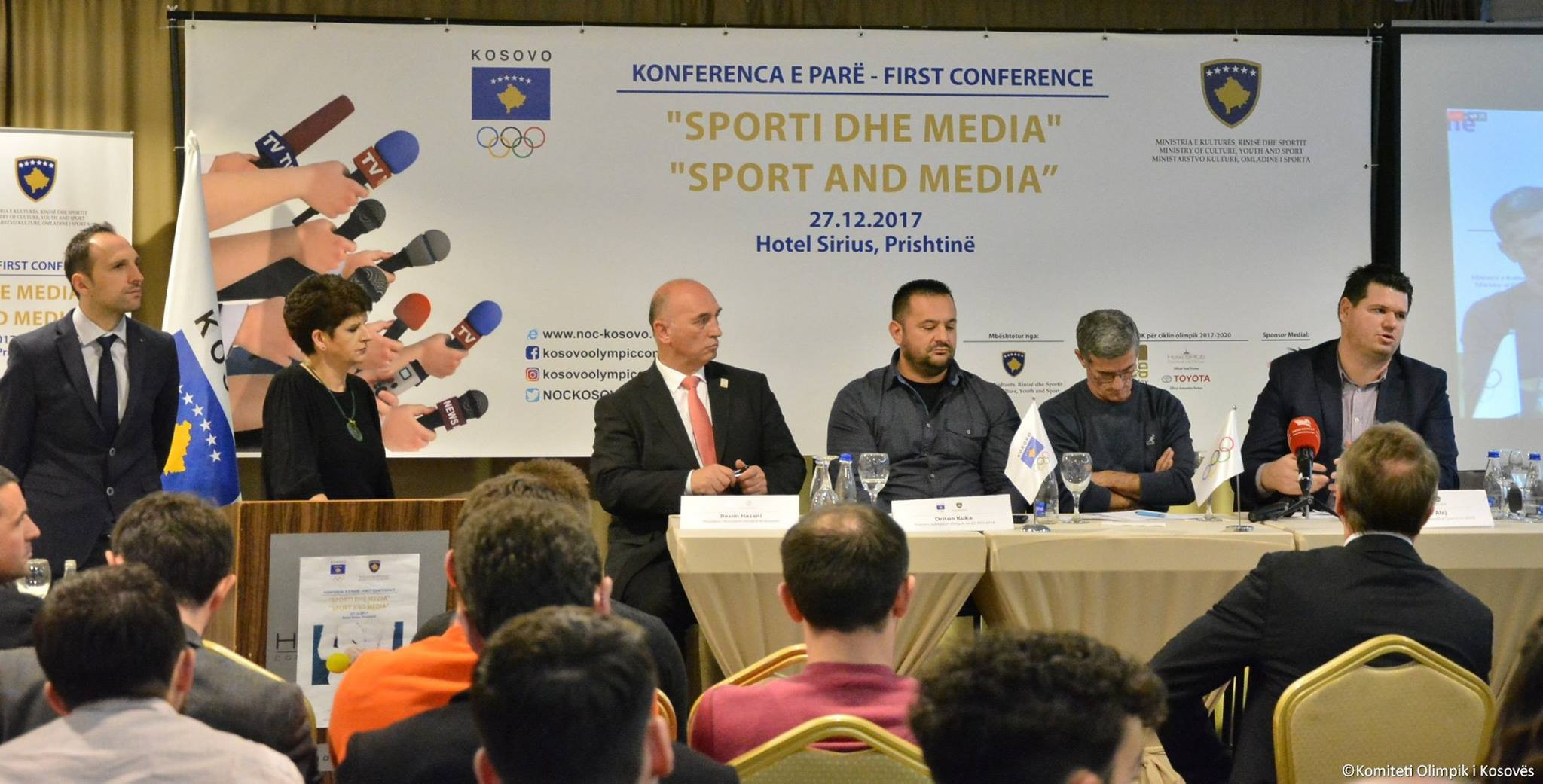 A sport and media conference has been organised by the Kosovo Olympic Committee (KOC) in Pristina to discuss issues affecting their respective industries.

The conference co-hosted leaders from the KOC and Kosovo Sports Journalists Association and other senior figures in the country.

This included KOC President Besim Hasani and Ibër Alaj, a director at the Kosovan Ministry of Culture, Youth and Sport.

It was intended as an opportunity for the heads of different authorities in Kosovo to talk to sports journalists about mutual challenges.

Topics discussed included the "situation in the sports and media sector" and the "expectations of journalists from sports leaders and vice versa".

They reportedly touched on issues such as fake news, "bombastic titles" and plagiarism.

Kosovo made its long-awaited Olympic bow at Rio 2016, where judoka Majlinda Kelmendi won an under 52 kilograms gold medal.