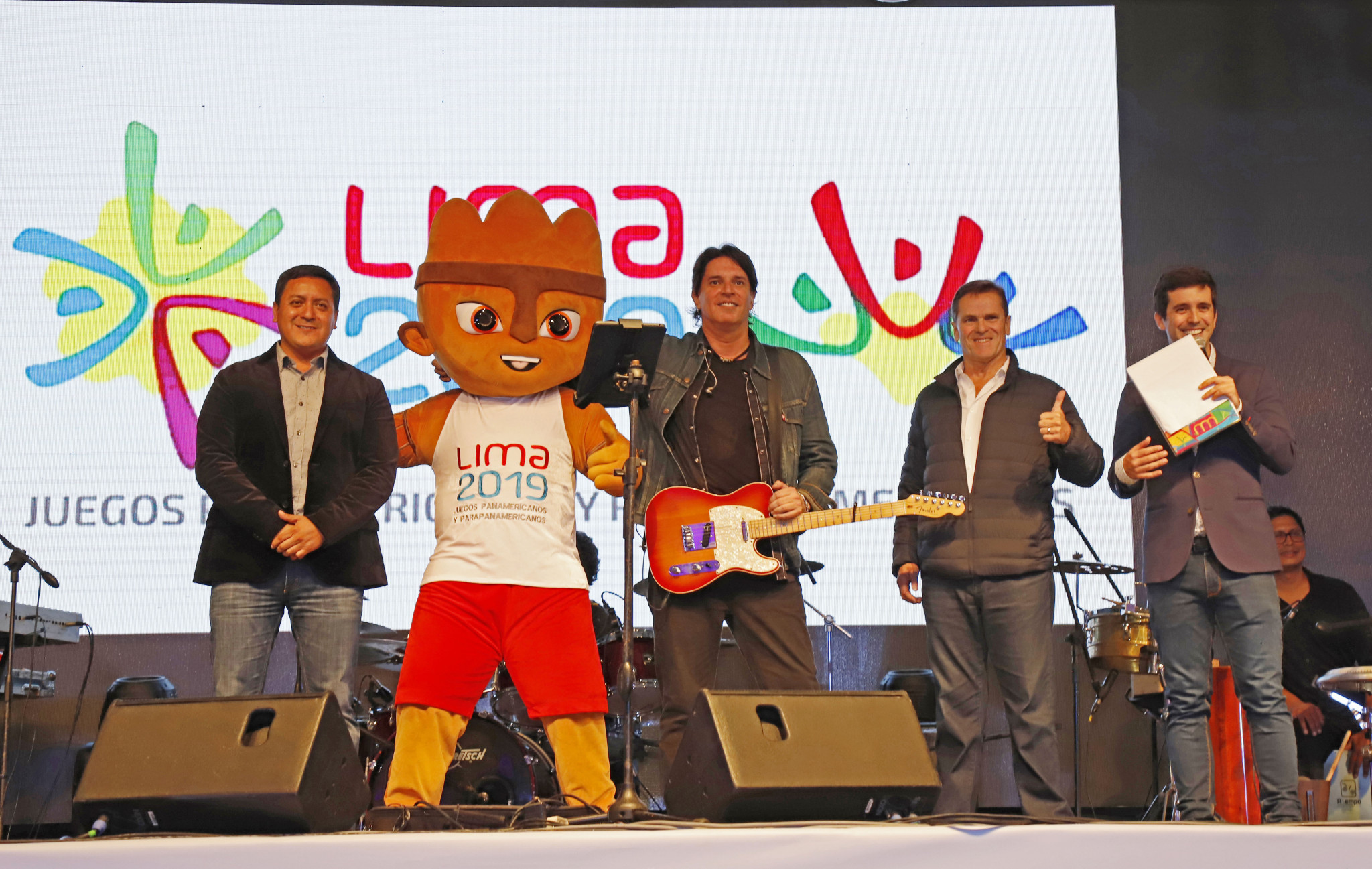 The official song of the Lima 2019 Pan American and Parapan American Games has been revealed at a live concert marking 100 days to go until the event.

The event's official song, "Jugamos Todos", was performed by Pedro Suárez-Vértiz and his band using traditional instruments such as the Peruvian cajón and the Andean zampoña.

This performance was followed by a surprise flash mob dance routine by choreographer Vania Masías and a demonstration of a karate kata by Peruvian athletes.

"Juagamos Todos", composed and produced by Suárez-Vértiz, reflects the camaraderie and unity among the 41 participating countries at the Games.

The singer, songwriter and guitarist had shared the news earlier this month on Twitter, referring to it as one of the most important tasks in his career.

“In 100 days, Lima will welcome the greatest athletes of the Americas for the largest event in the history of Peru," said Lima 2019 President Neuhaus said.

"We are in the home straight of an important journey for this country.

"The Lima 2019 official song “Jugamos Todos” truly captures the pride and excitement in our communities ahead of an historic Games that will put sport at the heart of Peruvian life and leave a lasting legacy for future generations of Peruvians.”

Lima 2019 claims remaining projects are scheduled to be completed in time and within budget before the Games begin on July 26.

Earlier this week, however, Panam Sports President Neven Ilic expressed concerns that transport may be an issue.

Neuhaus acknowledged the difficulties the city had with traffic but claimed measures were in place to ease fears over disruption, ensuring athletes and spectators would reach competitions on time.