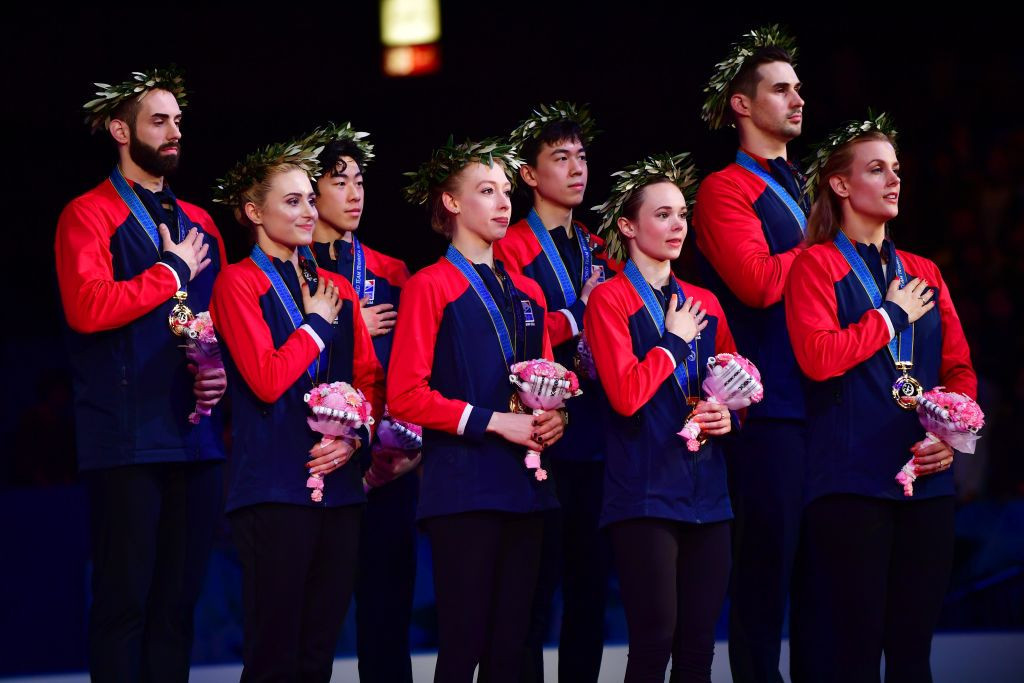 The next three places in an event where teams consisted of two men, two women, one pair and one dance team went to France, Canada and Italy.

Bradie Tennell was the top US performer on the final day, taking second place in the ladies’ free skating with a season’s best of 150.83 points.

Her team-mate Mariah Bell was sixth, and further team points came from Ashley Cain and Timothy LeDuc, who were fifth in the pairs free skating.

The US team captain, Madison Hubbell, said: “Everyone had beautiful performances including today, the highlight of course being Bradie Tennell’s season’s best, an absolutely great way to finish the event.”

There was relative disappointment, however, for home skater Rika Kihira, this year’s Four Continents champion, who fell on her triple Axel and on a triple toe to finish fifth.

Tuktamysheva, the 2015 world champion, nailed a triple Axel and seven more triples to set a season’s best of 153.89 points.

“It was a great day for us,” Russia team captain Nikita Katsalapov said.

“Our girls proved they are real fighters and turned in two excellent performances.

“Our pair gave a great performance, too.”

Team France finished with 75 points, two ahead of Canada, with Italy totalling 69.