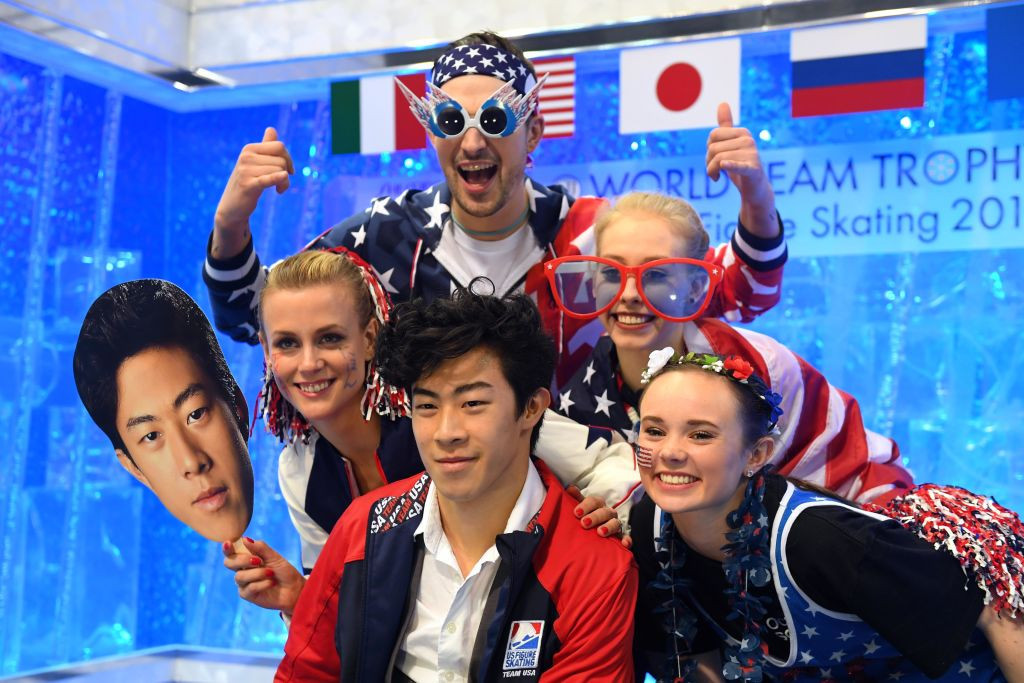 The US skaters collected 50 points on day one, while Japan earned 48 and Russia 38.

Team USA were third heading into the final event, the men’s short programme, which turned out to be their strongest discipline as Chen won and his team-mate Vincent Zhou, the 2019 world bronze medallist, finished first and second, respectively, to push their team into first place.

With the Japan Skating Federation always hosting the event, it has moved away from Tokyo for the first time in its 10-year history.

This year, teams from Russia, the United States, Japan, France, Italy and Canada are competing at Marine Messe Fukuoka.

“This is my first time at a team event and what a great way to start,” said team captain Hubbell.

“We have a team of Olympic team members, national champions, world medallists, all world team members.

“We knew we were strong going in and we wanted to fight together as a team and to show how strong we are.”

And the home team’s defending champion in the men’s short programme, Shoma Uno, finished third after struggling with the landing of one of his quadruple jumps.

Russia led after the ladies, but then fell behind Japan and the US in the men’s short programme.

World ice dance silver medallists Victoria Sinitskina and Nikita Katsalapov had given their team 11 points by ending second in the rhythm dance.

Team Canada are fifth on 26 points.