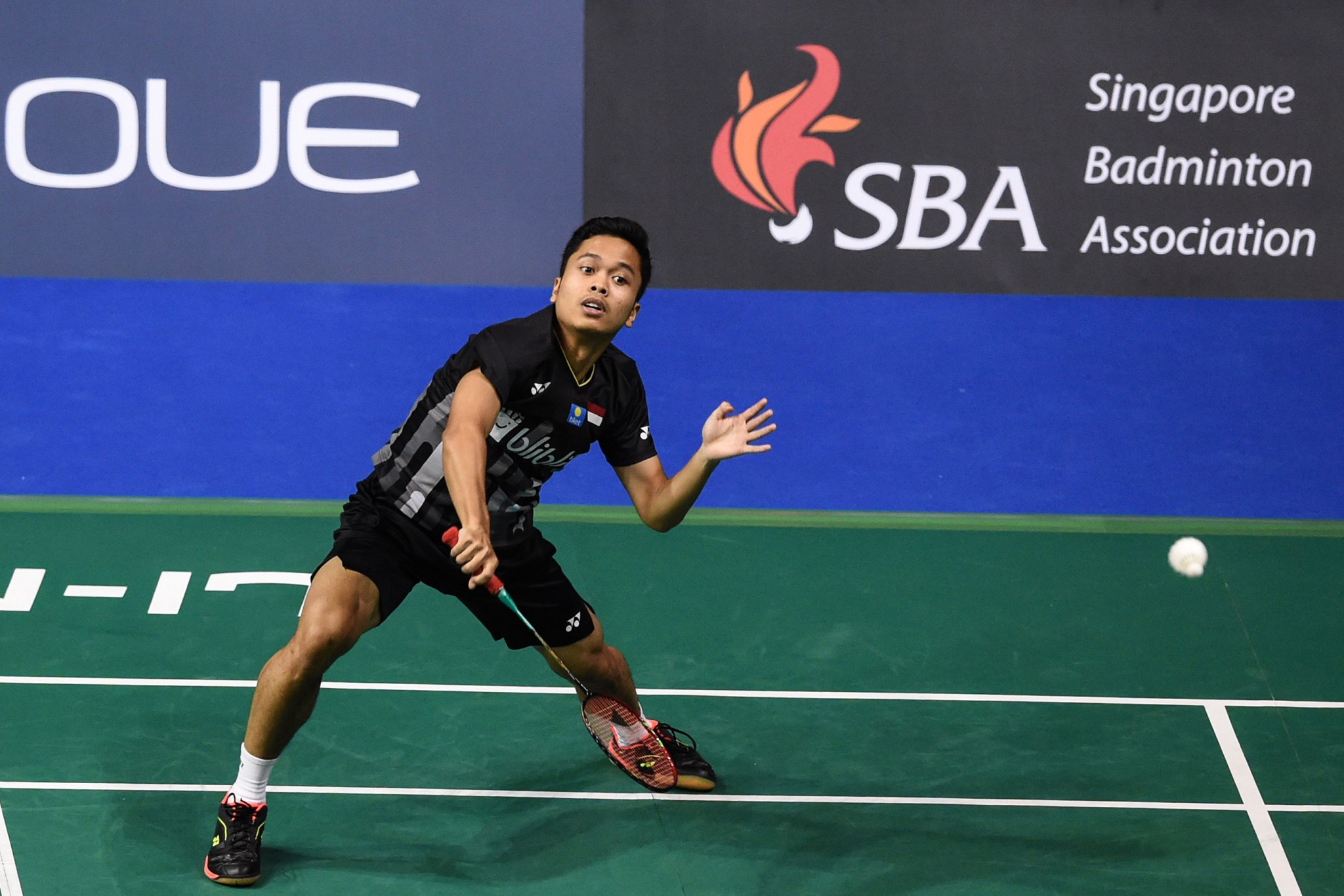 Seventh seed Anthony Ginting produced the one surprise of an otherwise predictable series of semi-finals at the Badminton World Federation’s Singapore Open today to earn a place in tomorrow’s men’s final against world champion Kento Momota.

The women’s semi-finals went entirely to expectations as top seed Tai Tzu-ying of Chinese Taipei came through to meet second seed Nozomi Okuhara of Japan in the women’s finale.