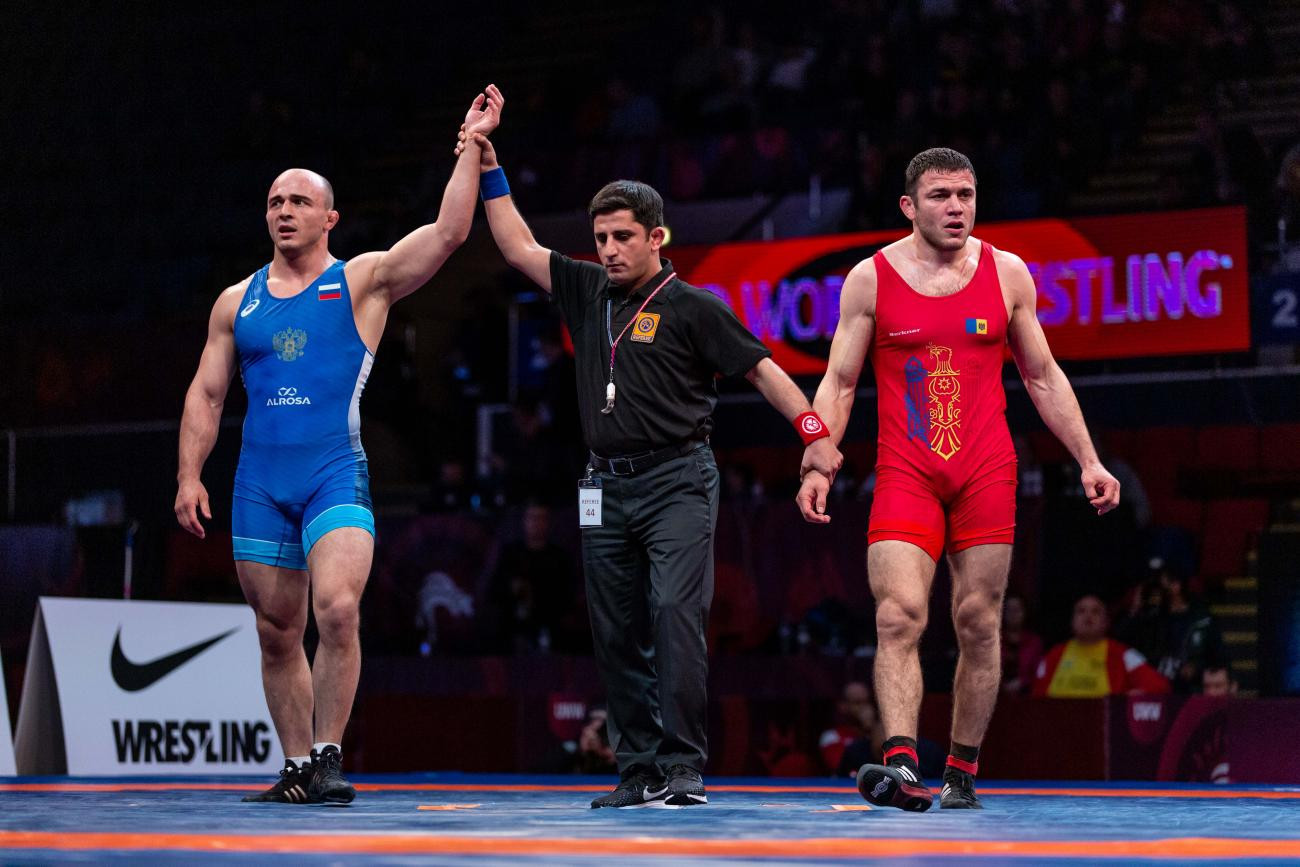 Russia ended the freestyle competition with a gold medal and two bronzes to win the team title at the European Wrestling Championships in Romania’s capital Bucharest.

The country trailed overnight leaders Azerbaijan by five points heading into today, but ended up triumphing by a margin of six over nearest challengers Turkey at Polyvalent Hall Bucharest.

Turkey finished in second place with 156 points with Olympic champion Taha Akgül winning his third consecutive European title at 125kg and seventh continental crown overall with a staggering 7-0 victory over Georgia’s Geno Petriashvili in the final.

Petriashvili had his left knee heavily taped and was limited in what he could do in the gold-medal bout.

Akgül dominated the final with a pair of takedowns, a leg lace and a brutality point to cruise past his biggest rival for the second successive time in the European finals.

Turkey also had two bronze medallists in Recep Topal at 61kg and Fatih Erdin at 86kg.

Azerbaijan ended up in third place with 145 points.

In the 92kg final, London 2012 Olympic gold medallist Sharif Sharifov blew open his match against Poland’s Zbigniew Baranowski having only led 3-0 after the first period.

He went onto score three takedowns in the second period and won his first continental title with a 9-1 victory.

Harutyunyan was 8-0 down after 90 seconds of the 61kg gold-medal bout but stormed back to outscore last year’s silver medallist Beka Lomtadze of Georgia 17-3 in the final four minutes and secure his first senior-level European crown.

Harutyunyan already had European cadet and junior titles to his name.

At 74kg, Chamizo Marquez picked up his third continental crown in a third different weight class with an 8-0 thrashing of France’s Zelimkhan Khadjiev.

It improved on his bronze medal-winning performance from the 2018 European Championships in Kaspiysk in Russia.

Georgia finished fourth in the team standings with 104 points, while Ukraine came fifth with 80.