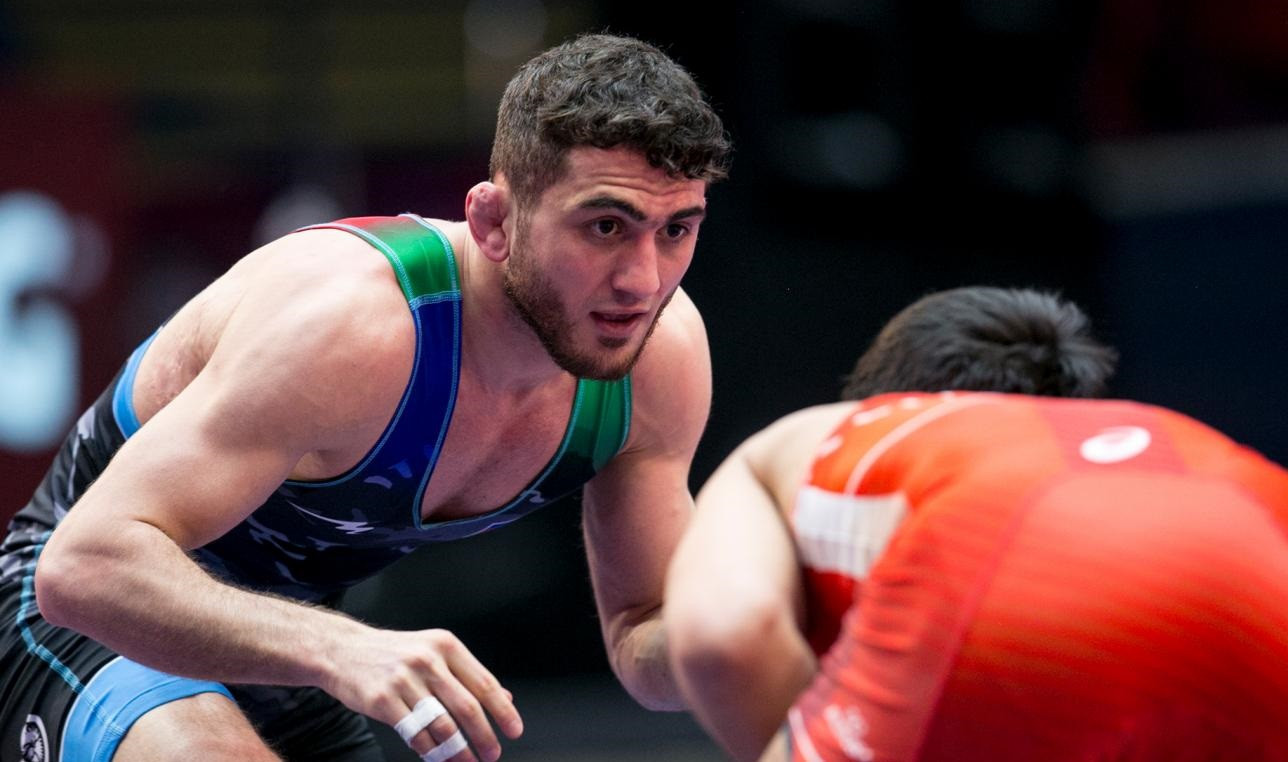 Azerbaijan, Russia and Turkey each had three wrestlers reach tomorrow’s freestyle finals on the opening day of the European Wrestling Championships in Romania’s capital Bucharest.

Aliyev, the defending European champion, trailed 2-0 in his semi-final match against Moldova's Maxim Sacultan but scored 12 unanswered points and reached the continental finals for the third time in his career.

He has been successful in reaching the top of the podium in his previous two trips to the European Championship finals.

Last year’s bronze medallist Kilicsallayan trailed Ukraine’s Vasyl Shuptar 4-1, but outscored him 8-2 from then on and reached the European Championship finals for the first time with a 9-6 victory.

The 70kg weight class featured world champions Magomedrasul Gazimagomedov of Russia and Zurabi Iakobishvili of Georgia, but it is Turkey’s Mustafa Kaya and Azerbaijan’s Aghahuseyn Mustafayev who will wrestle for the gold medal.

Kaya outlasted 2017 world silver medallist Magomedmurad Gadzhiev of Poland in a 12-point shootout, putting himself into the European Championship finals for the first time since 2016 with a 6-6 criteria win.

In his last trip to the European Championship finals, Kaya fell to two-time world champion Frank Chamizo of Italy.

Mustafayev, who started his run to the final by upsetting Gazimagomedov in the opening round, capped his day with a decisive 6-0 shutout over Great Britain’s Nicolae Cojocaru.

Atli, who is the second-ranked wrestler in the world at 57kg, had a tougher road to the finals than Sadulaev.

He trailed 1-0 after the opening period but quickly scored a pair of takedowns, one of which he transitioned to a gut wrench, and established a 6-1 lead.

Atli then surrendered three straight points before answering with a third takedown, securing his spot in the finals with an 8-4 victory.

Sadulaev, ranked number 11 in the world at 57kg, silenced the Romanian crowd with a solid 10-0 shutout win over Andrei Dukov, reaching the continental finals for the first time in his young career.

Gadzhimagomedov seriously injured his right knee seven seconds into the final period and was forced to drop to one knee for the last three minutes.

He brought the crowd to their feet after he closed out the match with a pair of takedowns.

It is not clear if Gadzhimagomedov will compete in tomorrow’s gold medal bout but, if he does, it will be against Azerbaijan’s Jabrayil Hasanov, who defeated Belarus’ Andrei Karpach 9-4 to reach the European Championship finals for the first time since winning back-to-back titles in 2010 and 2011.

Abdulrashid Sadulaev, the pound-for-pound best wrestler in the world, was the third and last Russian to reach tomorrow’s finals.

Sadulaev had an easy time with Macedonia’s Magomedgadji Nurov, ending the 97kg match early with a 12-0 victory.

He will lace up against last year's silver medallist Aliaksandr Hushtyn of Belarus after he scored a pair of second-period step outs to beat 2018 world bronze medallist Elizbar Odikadze of Georgia 2-1.

Competition in Bucharest is due to run until Sunday (April 14).