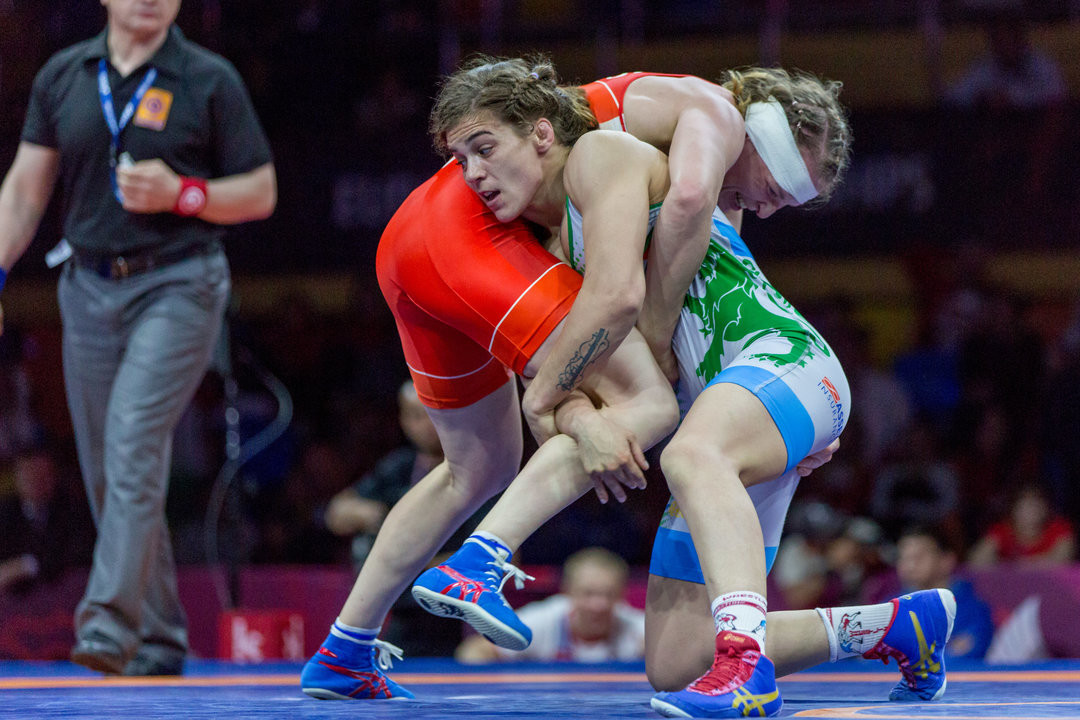 Host nation Russia entered tonight’s concluding women’s finals at the European Wrestling Championships in Kaspiysk with three prospects of gold - but it was Bulgaria who finished best as they won two title.

Bulgaria’s pair of Bilyana Dudova and Taybe Yusein proved unbeatable in their quests to capture the 57 and 62 kilograms titles respectively in the Ali Aliyev Sport Complex.

The reigning champion used a defensive stop in the opening period to put the first two points on the board.

She followed that up with a four-point sequence to extend her lead,

At 62kg, Taybe Yusein improved on her second-place finished from a year ago by winning the gold-medal battle against another Russian Inna Trazhukova by 11-8.

It was her 27th birthday.

"It was hard for me because I was one second away from winning last year," Yusein said.

"After that second place finished, I had a full year to think about making it back to this stage, and it happened to be on my birthday.

"Today is my birthday, so this is the best gift that I could have received."

Yusein outlasted her fellow 2016 Olympian in a tough battle that included multiple stoppages due to clock issues and a cut above the eye of the Russian.

"It was a long match, but I just remained focused on getting the win," said Yuesin.

The 62kg bronze medals went to Veranika Ivanova of Belarus and Ilona Prokopevniuk of Ukraine.

Russia may only have won one gold on the night - but it was a memorable victory as Stalvira Orshush took the 53kg by taking a first-period fall to defeat the 2017 world champion, Vanesa Kaladzinskaya of Belarus.

"This is my best result in life," said Orshush.

"When I was going to the mat, I was already imagining myself carrying the Russian flag."

Olli, world number one at 65kg, used a late challenge to erase two points from Elis Manolova of Azerbaijan, thus taking a 4-1 victory.

Henna Katarina Johansson of Sweden and Krystsina Federashka of Belarus were bronze medallists.

Fransson, the 2016 Olympic bronze medallist, concluded the night’s action with a fall over Anastasiya Zimiankova of Belarus at 72kg.

"The goal now moves to the World Championships where I’ll be moving weight classes," said Fransson.

"I’ll be moving down to the Olympic weight of 68kg.

"But, for now, I’m focused on hearing my national anthem - I think I’m going to cry!"