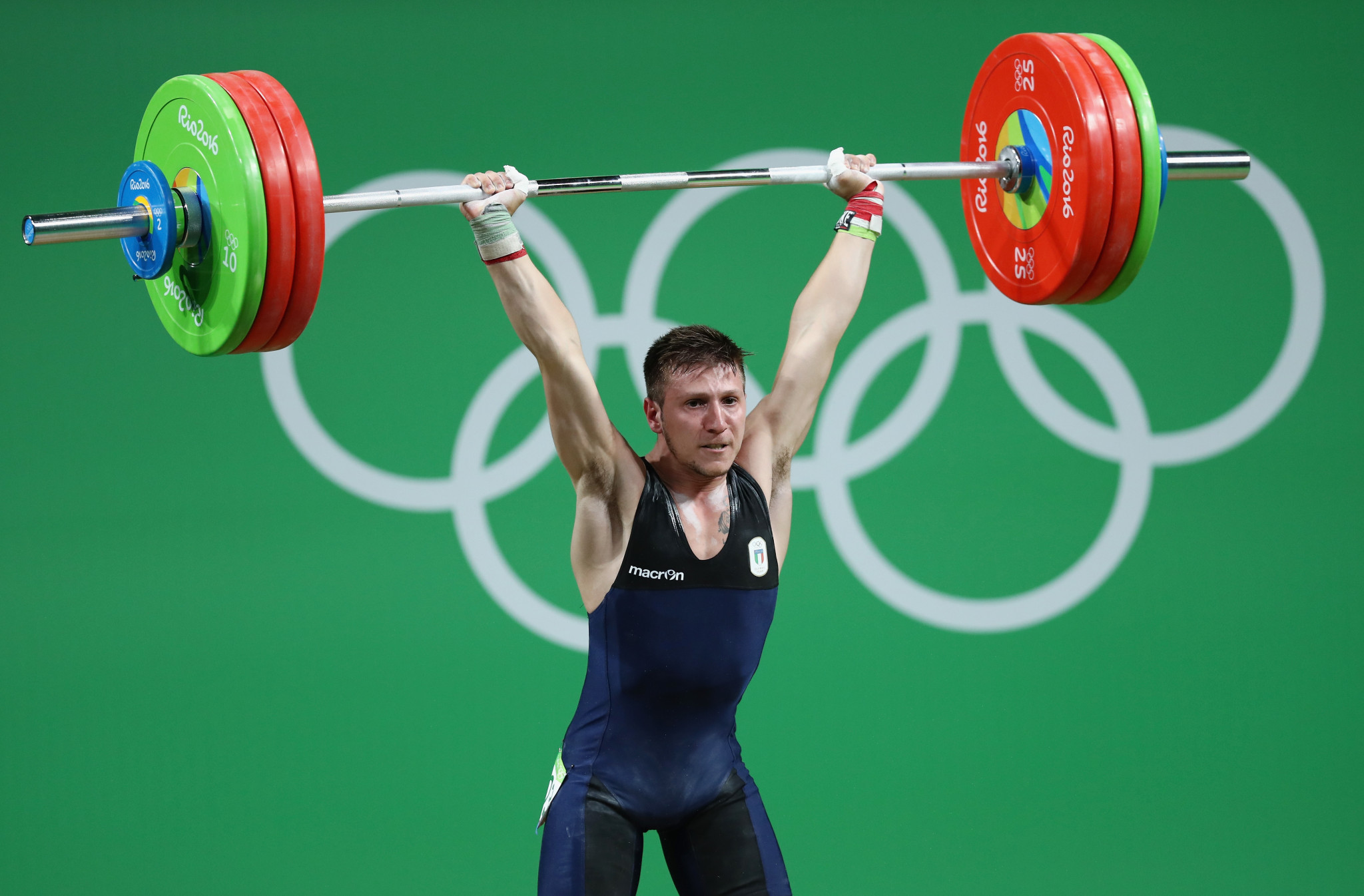 Italy's Mirco Scarantino claimed his third European title in the minimum weight class, while Romanian Elena Andries moved up the Olympic qualifying list by winning gold for the second successive year on day one of the European Weightlifting Championships in Batumi, Georgia.

In the three medal events, Italy, Turkey and Bulgaria were on the podium twice, with Bulgaria’s silvers won by 17-year-olds.

Scarantino, who won in the old 56kg class in 2016 and 2017, nearly lost his first snatch attempt but recovered well and made all six lifts in the new 55kg category for a total of 261kg.

That left him 5kg ahead of Bulgarian Angel Rusev, the European youth champion whose clean and jerk of 146kg was a continental youth record.

Muammer Sahin of Turkey was third.

In the only event at an Olympic weight, the women’s 49kg, Andries equalled her career-best total of 190kg to move up to third in the Tokyo 2020 qualifying table.

Russian Kristina Sobol was 10kg back in second place, with Giorgia Russo making it a good day for Italy by taking the bronze (178kg).

The women’s 45kg went to Saziye Erdogan of Turkey, ahead of another Bulgarian teenager, Ivana Petrova, with Yuliya Asayonak of Belarus third.

Turning European success into Olympic Games medals is all but impossible for Europeans in the lightest bodyweight classes.

In the past three Olympic Games, 18 medals have been awarded in the lightest men’s and women’s classes and because the only European to make the podium was disqualified for doping – the Bulgarian-Azerbaijani Valentin Hristov in 2012 – all 18 have been won by Asians.

The Sicilian Scarantino, seventh in the Rio Games at 56kg and a bronze medallist at 55kg in last year’s IWF World Championships, will have to move up to 61kg in Tokyo, if he qualifies, because of changes to the weight categories.

Andries is the only European in the top 49kg six in Tokyo 2020 qualifying, with the other five all Asian.