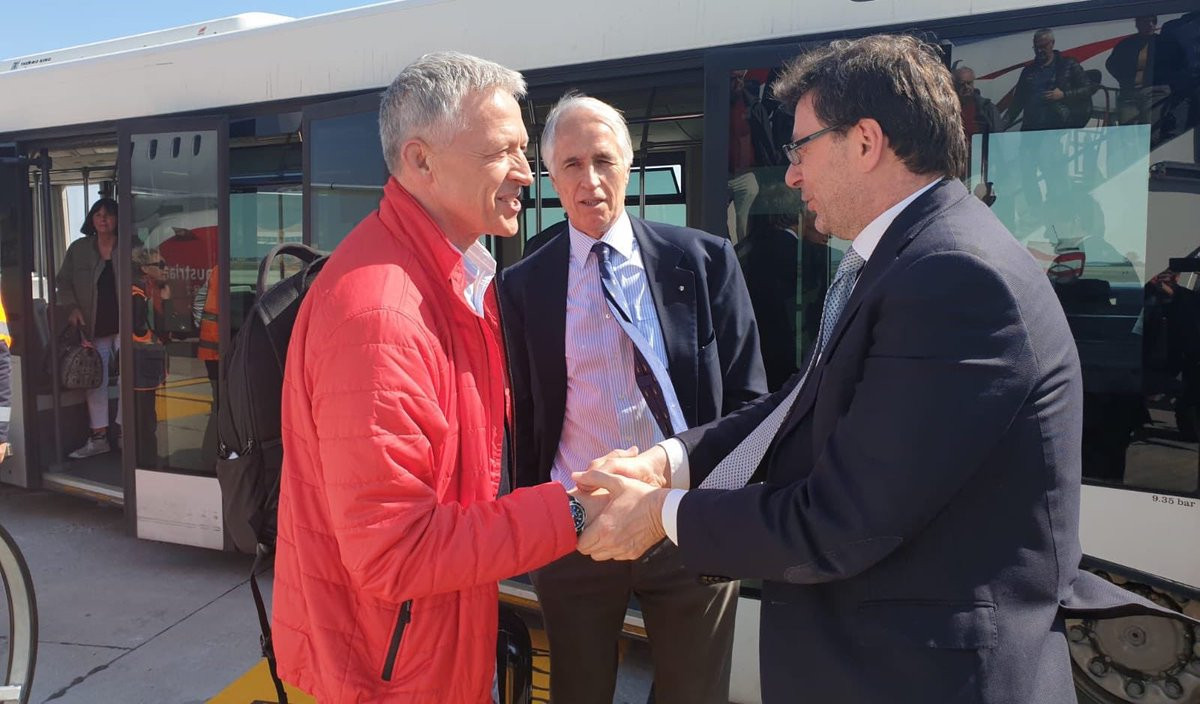 It was officially confirmed here today that the Italian Government would sign the guarantees required by the International Olympic Committee (IOC) this week for Milan and Cortina d'Ampezzo's bid to host the 2026 Winter Olympic and Paralympic Games.

The confirmation that Italian Prime Minister Giuseppe Conte would sign the document came from the country's Sports Secretary Giancarlo Giorgetti during a press conference to mark the start of the IOC Evaluation Commission visit to inspect Milan Cortina 2026.

The Government will be "signing the agreement on responsibilities and guarantee with an official letter that Prime Minister Conti will sign in the next few days, by Friday (April 5)", Giorgetti announced as he sat alongside Octavian Morariu, the Romanian who chairs the IOC Evaluation Commission.

"The commitment of the Italian Government for the organisation of the Olympic Games," Giorgetti added.

"We have achieved a good level of cooperation."

The guarantees include things like visas and human rights but also the promise to underwrite the multi-million dollar security budget, estimated at €415 million (£355 million/$465 million), and for a number of infrastructure projects that will help social development, particularly those linked to the Paralympic Games.

It represents a remarkable turnaround by Giorgetti.

Last September, he appeared the signal the end of a bid for the 2026 Winter Olympics from Italy when, following the withdrawal of Turin from the project, he declared it "dead".

Today's announcement gives Milan Cortina 2026 a clear advantage over its only rival, Stockholm Åre, who are still seeking the support of the Swedish Government, leaving the former in pole position to host the Winter Olympic Games for the third time following Cortina in 1956 and Turin in 2006.

The deadline for the guarantees is April 12 when the final candidature file is due to be delivered to the IOC in Lausanne.

But Christophe Dubi, the IOC's executive director for the Olympic Games, has dropped plenty of hints that the deadline could be extended until the day of the vote on June 24 for Stockholm Åre 2026 to provide the guarantees.

The Italian Government, though, has been warming to the idea of hosting the Winter Olympic and Paralympic Games again.

A Government-commissioned poll published last week claimed gross domestic product gains in Italy could vary between €81 million (£70 million/$92 million) and €93 million (£80 million/$105 million) per year if it hosted the Games.

Earlier last month, Italy's President Sergio Mattarella promised the "utmost support", declaring that the 2026 Winter Olympics have "great importance, not only for the two cities but also for the whole of Italy".

His support came a day after Deputy Prime Minister and Interior Minister Matteo Salvini, described as the most powerful and prominent politician in Italy, urged the Government to find the funds for the bid.